Amid opposing projections from analysts regarding which way the country’s key interest rate would go in the first quarter of 2021, the Bank of Canada announced on Wednesday, January 20, that it will remain unchanged at 0.25 per cent. It added that its quantitative easing (QE) program will continue at the present pace of at least C$ 4 billion every week.

The top Canadian lender had first cut down its the benchmark interest rate from 1.75 per cent to the record low of 0.25 per cent in May last year, in the wake of the severe pandemic-triggered economic contractions. BoC governor Tiff Macklem had reassured that the interest rate will remain close to zero until the country’s economic conditions get better, which many experts have predicted for 2023.

However, ahead of Wednesday’s scheduled interest rate announcement, some economists were quite certain that BoC will be one of the central banks around the world to push up its key interest rate due to “inflationary pressures”. Meanwhile, there was also some projections about the interest rate being lowered further to counter economic headwinds in Q1 2021.

But putting the speculation to rest, the central bank held the key interest rate unchanged based on the country’s current economic conditions amid the second wave of the coronavirus. 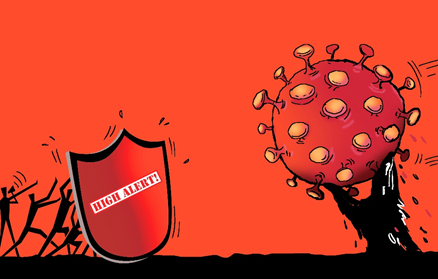 The BoC said that while the arrival and future access of COVID-19 vaccines has lessened economic uncertainties from “extreme levels”, it still expects the economy to face further contraction in Q1 2021.

The central bank also predicted Canada’s real gross domestic product (GDP) to fall by 2.9 per cent year-over-year in Q2 2021. It added that the GDP is likely to improve thereafter depending on easing of the lockdown restrictions February onwards.

Meanwhile, annual inflation in December was up 0.7 per cent year-over-year, Statistics Canada reported on Wednesday. However, the figure slowed down from 1 per cent in November.

The country lost nearly three million jobs following the first wave of lockdowns in March and April last year. The labor market has since recovered and added back about 79 per cent of the 3 million jobs.