Chinese authorities have yet again announced a ban of all cryptocurrencies, reiterating that this time they’re serious.

China have announced crypto bans many times over the past year, but the effects have been mixed with crypto exchanges still in operation.

However, the most extreme proclamation came on September 24, 2021 with the People’s Bank of China (PBOC) saying all crypto transactions are now officially banned and that mining practices are to be rooted out unequivocally.

Should you worry about China’s Crypto Crackdown?

Since Chinese authorities have claimed this many times before, this latest announcement is the most serious thus far. Additionally, Chinese regulators have combined forces, including the central bank, financial, securities and foreign exchange regulators. In fact, 10 government agencies have now claimed cryptocurrency to be officially illegal and will take legislative action against those that engage in any activity pertaining to digital currencies from trading to mining to crypto exchanges.

How Does This Relate to the Global Perspective on Cryptocurrency?

China’s latest and most definitive crackdown comes amidst a wave of governments, across the world, cracking down on the decentralised trading of digital assets.

The concern amongst governments (from Asia to the United States) is that digital currencies undermine the control of the traditional financial systems.

Added concerns also include the perceived notion that the trading and investment of cryptocurrencies attract, aid and promote criminal activity, including money laundering and other organised criminal activity. 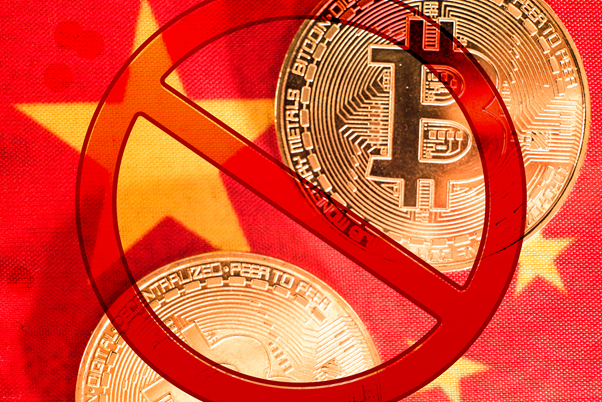 What Does the Latest Ban Entail?

This is not the first time China have attempted to stamp out the trading of digital assets.

In May 2021, China put their foot down in regards to digital currencies as well as Bitcoin mining, claiming crypto transactions disrupt the financial order and raise the risk of criminal activity.

However, even since then, defiant and eager crypto traders, investors and exchanges have managed to take advantage of loopholes in the system which have allowed the continued trading of digital assets.

According to the PBOC, the blanket ban means digital currencies must not circulate and that overseas exchanges are also banned from offering any services to China-based investors.

According to the PBOC, the government will "resolutely clamp down on virtual currency speculation ... to safeguard people's properties and maintain economic, financial and social order".

What Does This Mean for Crypto Stocks?

The initial announcement from China was immediate followed by a drop of 8.9% in the price of Bitcoin (BTC) to approximately US$40,700. However, the price soon recovered and is currently just above US$44,000 as of 3:45pm (AEST) as of Monday, September 27.

Furthermore, Bitcoin bulls have been quick to voice their positive outlook on the back of China’s latest regulation announcement, saying that China’s banning of crypto is a good sign for the price of Bitcoin.

Bobby Lee, Founder of crypto storage provider Ballet, tweeted on Friday that China’s banning of Bitcoin is “always” followed by a bull run for the world’s largest cryptocurrency.

Crypto analysts also said that they did not expect China’s latest crackdown to negatively impact global crypto-asset prices in the long term due to the continued adoption of crypto products and services by companies worldwide.