Supreme Court Rules Carbon Tax As Constitutional: All You Need To Know

The landmark decision, which came after a 6:3 ruling, gives a vital boost to the federal government’s climate change plan to curb greenhouse gas (GHG) emissions.

Describing climate change as a “threat of the highest order”, Chief Justice of Canada Richard Wagner noted on behalf of the majority that evidence suggests a form of pricing will play an important role in addressing pollution.

Canada’s Environment Minister Jonathan Wilkinson lauded the Supreme Court’s ruling as a "a win for the millions” who fight for the cause of climate change.

Chief Justice Wagner wrote in his ruling that provincial governments will not have the power to set their own minimum national standards on GHG emissions.  He also added that in case a province fails to achieve its emissions reduction mark, other provinces could face an impact.

The three provinces that challenged the ruling contribute to over two-thirds of the country total GHG emissions, the chief justice noted, adding that the remaining provinces are left "vulnerable to the consequences”. 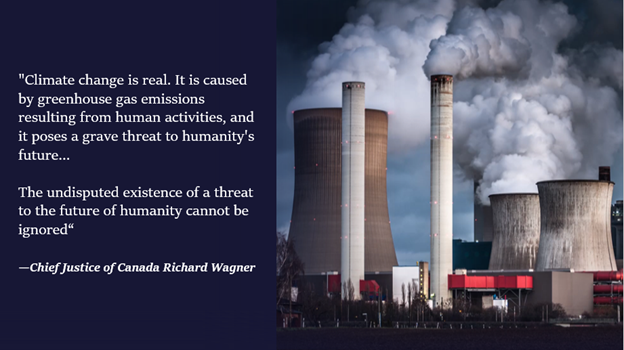 While agreeing that climate change is an important issue, Justice Suzanne Cote dissented in part saying that her objection lies with the federal government’s actions, such as trying to decide which fuels to tax.

Justices Malcolm Rowe and Russell Brown dissented the ruling on the basis of the argument that Canada’s climate change has not hit the level of national concerns.

What Is Carbon Tax?

Carbon tax is the price that a user is charged based on the amount of carbon-emitting fuels, such as coal, oil, gas, etc. they are using. The idea behind this tax is to curb, and eventually eliminate, the production of GHG emissions from burning fossil fuels that harm the environment.

Among Prime Minister Justin Trudeau’s climate change-oriented measures announced on December 10 last year, a major one was the plan to levy carbon tax. 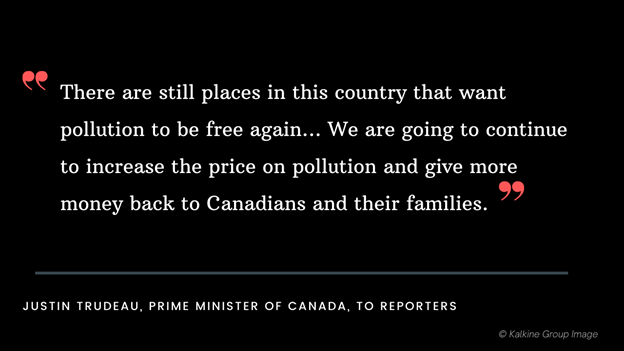 Around the same time, the environment minister’s office also released a briefing saying that the new carbon tax will see gas prices going up 38 cents per liter by 2030.