Commodity prices plunged on Thursday morning as the investors tracked the massive oil vessel wedged across the Suez Canal. Oil prices saw a surge of nearly 6 per cent yesterday.

As of 10 AM ET on March 25, Crude Oil WTI Futures dropped around 4 per cent to US$58.75 per cent a barrel, and Brent Oil Futures doffed as much as 3 per cent to US$62.50 a barrel as efforts to dislodge the vessel continued.

Efforts to move the 1,300-ft long and a 200-thousand-ton container ship trapped in the principal waterway for crude trade were expected to start in Egypt. As per media reports, chances of the ship re-floating is likely over the weekend or Monday.

The oil futures have witnessed heavy sell-off for the last two weeks, despite that oil prices are still up over 20 per cent year-to-date (YTD). Oil traders are still confident in the long-term outlook for demand as coronavirus inoculation has accelerated across the globe.

Meanwhile, the production cuts by the Organization of the Petroleum Exporting Countries and allies (OPEC+) have tightened the trade. The OPEC ministers and non-OPEC ministers are scheduled to meet this coming week to discuss the production agenda for May that will keenly be monitored by the oil market. 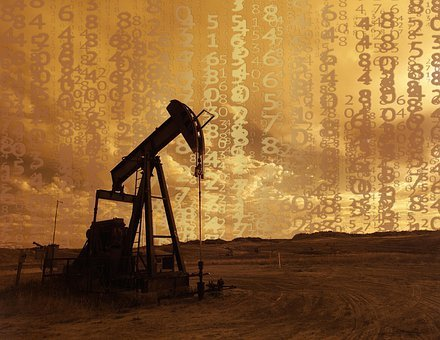 The oil volatility has extended to the energy stock market. The S&P/TSX Capped Energy Index, which was up approximately 3.44 per cent yesterday, has opened almost 2.5 per cent down today morning due to the oil prices’ rollercoaster movement.

According to the latest update from the Suez Canal, oil vessel traffic may further increase as all efforts to dislodge the container has failed so far. Consequently, oil prices could continue fluctuating along with energy stocks this week.