Gold prices rose on Wednesday amid a weakening dollar and US Federal Reserve chief Jerome Powell’s aggressive stance on inflation. A weaker dollar enhances the appeal of bullion and makes it attractive for buyers who hold other currencies.

In the previous session, the prices of gold were under pressure due to the Fed chair’s speech, but a drop of 0.80% in the US dollar index bolstered the yellow metal’s price. However, a bounce-back in the US Treasury Yield capped the gains.

On Tuesday, the Fed chair pledged that the US central bank would increase interest rates enough to counterbalance rising inflation rates.

Must Watch: Gold stocks that you may consider investing in 2022

Against this backdrop, let's look at three ASX-listed gold miners with a market cap of over AU$6 billion and their performance in 2022.

Additionally, the miner produced around 380koz of gold in the March 2022-ending quarter at an AISC of AU$1,656/oz. Furthermore, the miner also stated that its Kalgoorlie production was impacted by mill availability while Yandal performed as per expectations. The miner is well on track to meet its FY22 guidance. 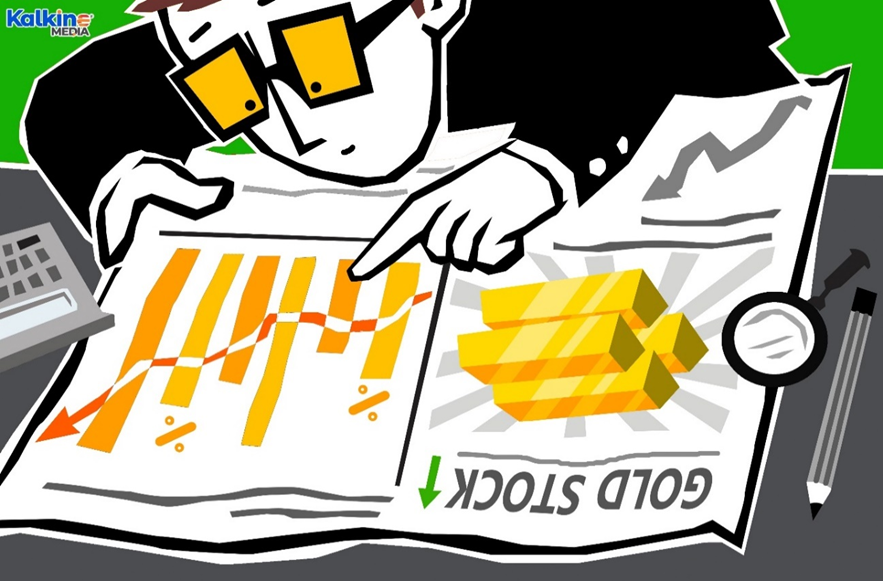 In January 2022, Evolution Mining (ASX:EVN) completed the acquisition (100% ownership) of the Queensland-based Ernest Henry copper-gold mine from Glencore.

EVN has already paid AU$800 million to Glencore, while the remaining AU$200 million is payable on 6 January 2023. The Ernest Henry mine is a world-class operation in a Tier-1 jurisdiction that will generate immediate benefits from increased copper production.

On 9 March 2022, Newcrest Mining (ASX:NCM) completed the acquisition of Pretium Resources Inc., which holds the Brucejack mine in the highly prospective Golden Triangle region of British Columbia, Canada.  The mine commenced commercial production in July 2017 and is one of the highest-grade operating gold mines globally.

Gold prices rose on Wednesday due to a fall in the US dollar index and the US Federal Reserve’s aggressive stance on inflation. However, the prices of bullion have dipped 2.93% over the past one year. As the global economic environment remains uncertain, it will be interesting to see how things pan out in the future for gold producers.