Insurance is a cover taken by individuals or business to protect them against risks. Reinsurance is an arrangement wherein the insurer seeks insurance from other insurance companies agree to secure the risk for the insurance claims that may be made. Reinsurance is also called insurance of insurance. Reinsurance may involve complete or partial indemnification of the risk by the. In the case of reinsurance, the original insurer now becomes the insured. The insurer who gets the risk reinsured is called the original insurer or reassured or reinsured or ceding company or primary insurer. The ceding company's money is freed up, and reinsurance helps to boost the solvency margin. It also allows the ceding firm to expand its underwriting capabilities while lowering its underwriting costs. 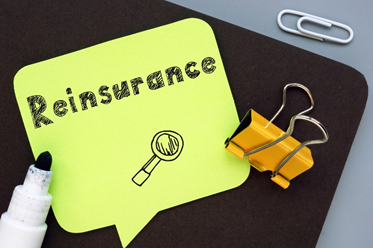 What are some things to consider while entering a reinsurance arrangement?

Reinsurance arrangements should consider certain aspects. First, the relative financial strength of the reinsurer must be tested by checking the record for claims payments in various business conditions. The reinsurer must have a sound strategy for managing risk and capital- this indicates the company's strategy for reinsurance with the essential insurance portfolios. Third, the structuring of the reinsurance plan must be thoroughly assessed. Fourth, there should be clarity on the total exposure to one or more reinsurers. Finally, the proportion of net risks retained should be commensurate with the financial resources to meet them.

What are the types of reinsurance policies?

Depending on the way coverage is provided, reinsurance policies can be of the following types:-

After receiving an insurance proposal, the insurer determines how much he can keep on that particular risk. If there is still a retention balance, he goes to the facultative market with the request to entice reinsurers to take on the risk. This request is typically made stating all of the risk's details. Then, if a reinsurer is interested in taking on the risk, he accepts it, explicitly expressing the percentage or amount of risk he is willing to take on. In this manner, the insurer moves from reinsurer to reinsurer until the risk is fully absorbed. 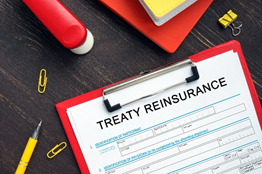 The ceding entity transfers all risks within a book of business to the reinsurer in treaty reinsurance contracts. The two parties will sign a contract in which the reinsurer agrees to accept all covered business. In most cases, the reinsurer expects to generate a profit, although these expectations are monitored and changed over time.

Reinsurers, unlike facultative arrangements, do not conduct individual underwriting on risks accepted through treaty agreements. Instead, that obligation is left to the ceding firm, which is why reinsurers will conduct extensive due diligence before entering a treaty to verify the ceding company is using proper underwriting procedures.

Proportional reinsurance is another name for pro-rata reinsurance. According to the underlying contract, the primary insurer and reinsurer share liabilities in a precisely specified proportion. The reinsurer normally pays a ceding commission to the ceding business to repay for expenditures connected with issuing the underlying policy Premiums and claims are also divided according to the degree of risk that each party bears (i.e. proportionally).