What is meant by Negotiable?

The price of a good or security that is not yet settled is referred to be negotiable. it could also refer to ready money that is easily transferable between parties. Negotiable instruments are used for payment, credit, and security purposes.

What is a negotiable instrument?

The instrument's worth is determined solely by the value mentioned in the instrument, allowing for simple valuation and transferability. To determine the value of a negotiable instrument, one must consider the promisor's ability to pay and the possibility of them paying up in time. 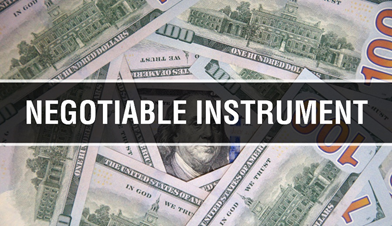 The holder of a document carrying a payment promise has the right to receive payment according to the terms mentioned in the document. The new holder must attain rightful possession of the instrument from the previous owner. The parties to the transaction must use only transfer through legal methods.

How does a negotiable instrument aid transfer of credit?

What is a promissory note?

A Promissory Note is a one-of-a-kind financial instrument that binds borrowers to pay the lender a predetermined sum of money on demand or at a set date. Promissory notes can be issued to single or joint borrowers. Repayment may be done on-demand or in installments. In addition, there is an option to pay in a lump sum, with or without interest, and so on. There are two types of promissory notes: secured and unsecured. In the case of a secured promissory note, the issuer must give an asset as collateral. The collateral value must be equivalent or more in value than the amount due as per the promissory note. An unsecured promissory note does not need collateral and is easy to get if the borrower has a good credit score. 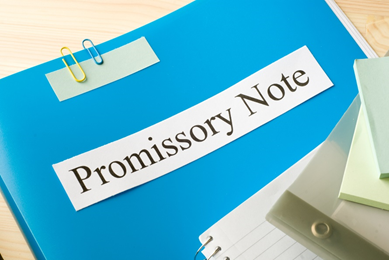 Promissory Notes are commonly used for loans from non-traditional money lenders such as people or businesses rather than banks or credit unions. These loans are used to assist people to attain a variety of personal and business objectives. For example, promissory notes can borrow money to start a business, buy capital assets, debt consolidation, and invest in real estate or capital improvement.

Promissory notes are Debt instruments that may be issued by Financial entities, small businesses or individuals. They make it possible for a person or a company to acquire funding without going through a bank. The only non-negotiable criteria are that the note's issuer must be willing to hold it until maturity and be willing and able to provide the money indicated in the note's agreed-upon terms.

What are bills of exchange?

When products are sold/bought on credit, payment is deferred until a later date. In such a case, the firm generally relies on the buyer to make payment on or before the due date. To avoid or minimise the risk of delay or default, a bill of exchange is used, in which the buyer guarantees the seller that he/she will complete the payment in accordance with the agreed-upon terms. 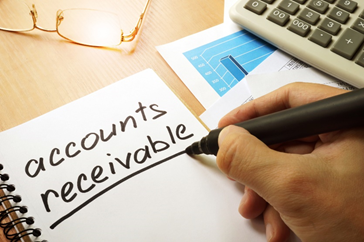 The bill of exchange is a negotiable instrument and can thus be transferred. The drawee may not necessarily pay its original creditor but may instead be clearing off the creditor's debts by paying up the amount against the bill of exchange. This is possible when the original creditor signs the bill document on the backside and mentions the new payee's details. The act of signing and transferring a bill is known as an endorsement. Accepting a bill of exchange exposes a company to the risk that the drawee will not pay. If the drawee is a person or a non-bank firm, this is a significant worry. Before accepting a bill, the payee should check the issuer's creditworthiness, regardless of who the drawee is. The bill is dishonoured if the drawee fails to pay on the bill's due date.

There also exists an option wherein a payee may sell a bill of exchange to a third party for a reduced price to collect funds before the bill's payment date. The interest cost of being paid early is represented by the discount. This procedure is referred to as discounting a bill of exchange.

Issuers may use their format for bills of exchange. However, it is essential to mention the amount, rate of interest (if any), name and address of the creditor and debtor in the transaction, a unique identification number or code for the bill and signatures of the drawer. It may be noted that interest is not generally required on a bill of exchange. However, the percentage interest rate is indicated on the paper if interest is to be paid. A bill that does not pay interest is effectively a post-dated check.

What is a certificate of deposit?

A Certificate of Deposit (CD) is a contract between a depositor and a bank in which a specified quantity of money is fixed for a period of time. It is like a promissory note on which the bank pays the interest. Electronically issued certificate of deposits are automatically renewed if not mentioned otherwise before the date of maturity. It also prevents the holder from taking the funds on demand or paying the penalty if they do so. The principal amount and any interest received are available for withdrawal when the Certificate of Deposit matures.

Certificates of Deposit (CD)are not available to all institutions or banks, and they are not available to all individuals or organisations. Regulatory agencies have imposed some restrictions on the certificate of deposit. The maturity period differs from one week to one year. In some cases, it may be three years is also possible. Dematerialised/electronic certificates can be transmitted by endorsement or delivery, although physical certificates cannot. Because these instruments have no lock-in period, banks are hesitant to lend against them. Banks are unable to buy back certificates of deposit before they mature. Certificates of deposit are issued at a reduced rate based on the face value. In addition, banks and financial organisations can offer CDs at a fluctuating rate.

What caused shares of Nyrada (ASX: NYR) to rally over 21% on Tuesday?

Five tips to protect your finances during market uncertainty