Stocks of BlackBerry Limited (TSX: BB) shot up by over four per cent to C$ 7.67 at 10:53 AM EST on Wednesday, July 6, after the Canadian software company announced that CARIAD selected BlackBerry® QNX® technology as a component of its software platform.

BlackBerry said it would license its QNX tech, including QNX® OS, to CARIAD.

With this development, let us look at BlackBerry’s detail.

BlackBerry said that IoT (Internet of Things) revenue surged by 19 per cent year-over-year (YoY) to US$ 51 million in Q1 FY2023. The mid-cap company reported a nine per cent growth in software and services revenue in the latest quarter compared to Q1 2022. Cybersecurity revenue also swelled by six per cent in Q1 2023 compared to Q1 2022. 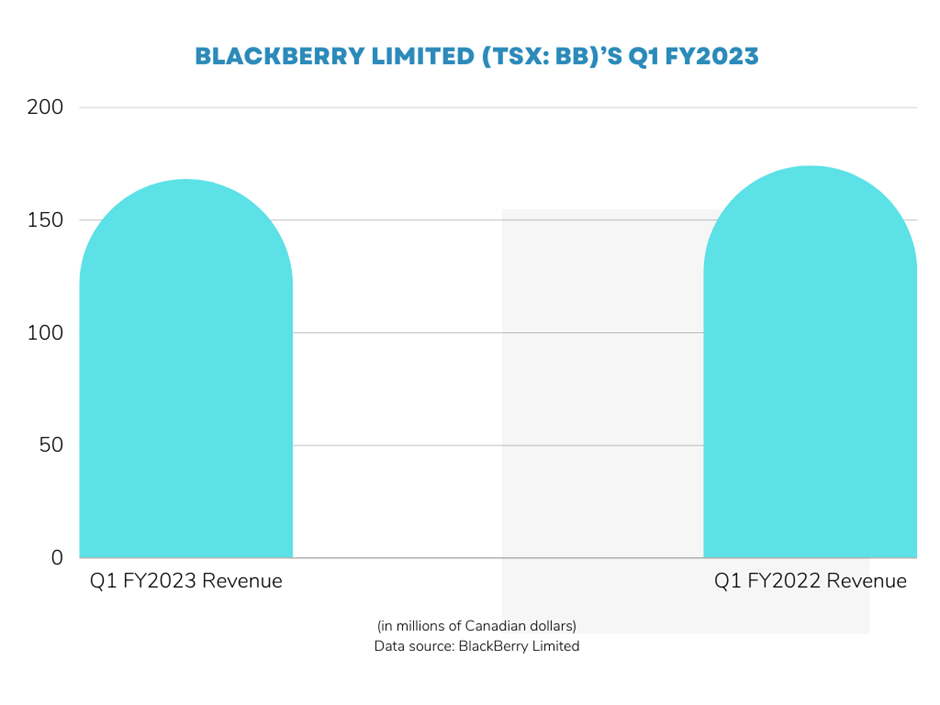 According to Refinitiv, BlackBerry’s Moving Average Convergence/ Divergence (MACD) indicator was nearing but below the zero line, with a Relative Strength Index (RSI) of 55.27 as of writing on July 6, with volume in green.

This agreement with CARIAD marks another step BlackBerry took in expanding its advanced driver assistance system (ADAS) footprints in the automobile industry. Also, the TSX information technology index was up by almost four per cent QTD. Hence, investors could consider this TSX tech stock for the long term.