Investments in smallcap stocks are often preferred by investors who want to bet their money on fast-growing companies which are priced lower than largecap stocks. Such stocks have high growth potential and could offer good returns in the long run.

However, smallcap stocks are vulnerable to micro and macroeconomic factors in the stock market and are subject to market volatility which makes them a risky venture.

Thus, before investing in a smallcap company, investors should be aware of its fundamentals, financial soundness, and capabilities to sustain adverse market situations. Generally, such promising smallcap stocks are expected to perform better at the time of market recovery.

Among the smallcap stocks listed here, an energy stock experienced a year-over-year (YoY) growth of more than 302 per cent and a health stock surged by about 137 per cent in the past year.

Let us explore some of the smallcap stocks listed on the Toronto Stock Exchange (TSX). 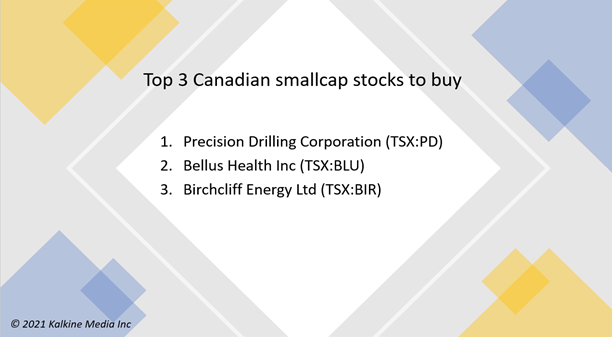 The Canadian drilling rig provider Precision Drilling Corporation noted its scrip wrapping up at C$ 59.03 apiece, on Tuesday, October 12, up by 5.75 per cent. Its scrip had its 52-week high of C$ 59.1 on this day.

PD soared by about 198 per cent in the past year and climbed by approximately 182 per cent on a year-to-date (YTD) basis. Its stock expanded by more than 40 per cent in the last month.

The Calgary-headquartered firm recorded a YoY increase of six per cent in its revenue to C$ 201 million in the second quarter of 2021. It reported a net loss of C$ 76 million in this quarter compared to C$ 49 million in that very quarter a year ago.

On Monday, October 4, the firm announced it will be releasing its third quarter results for 2021 pre-market Thursday, October 21.

The clinical-stage biotechnology firm Bellus Health Inc saw its stock priced at C$ 7.49 apiece, up by 0.943 per cent at market close on October 12.

The biopharmaceutical firm had a net loss of US$ 17.8 million in the second quarter of 2021 as compared to US$ 8.4 million in Q2 2020. The firm also reported a 158 per cent of YoY increase in research and developmental expenses for Q2 2021, which was primarily incurred to develop BLU-5937 for the trials of Phase 2b SOOTHE and the Phase 2a BLUEPRINT.

The Canadian intermediate oil and gas player Birchcliff Energy Limited saw its stock closing at C$ 6.76 apiece, on October 12, up by 0.896 per cent. Its stock rose by more than 302 per cent in the past year and climbed nearly 12 per cent in the last month. 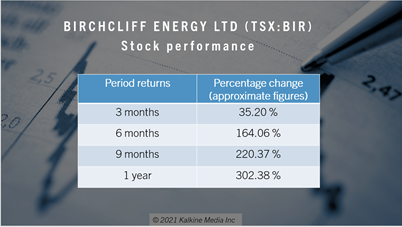 In the second quarter of 2021, it achieved an average quarterly production of 75,265 barrels of oil equivalent per day. It posted a YoY increase of 315 per cent to C$ 90.2 million in the adjusted funds flow and reported C$ 43.9 million of net income attributable to shareholders in this quarter as compared to a net loss of C$ 39.5 million in the same quarter of the previous year.

Birchcliff ranked among the top 50 actively traded stocks on the TMX site with a 10-day average trade volume of 1.7 million on this day.

To be specific, companies of smallcap stocks hold a market capitalization ranging from $ 300 million to $2 billion, and these stocks are usually priced lower when compared to largecap stocks. Such stocks are compelling investment options for new investors who are willing to invest a small portion of their income to earn returns in the near and long term.

However, the quality of investment matters and investors should bet on stocks which are fundamentally strong and are expected to grow in the future considering their investments goals and risk appetite.