That a new all-time high was reached should come as no surprise as the S&P/TSX Capped Energy Index has gained nearly 50 per cent in 2022. So, let us look into three companies listed on this index.

At present the biggest Canadian oil producer, the company is said to possess more than 11.5 billion barrels of oil equivalent (boe) of proven and probable crude oil and natural gas reserves.

Cenovus is estimated to have about 6.7 billion boe of proven and probable reserves. With a market cap C$45 billion, it is the third biggest company in the above-mentioned energy index.

Also read: How to handle a bearish phase in the market?

ARC’s proven and probable reserves are about 879 million boe. In terms of market cap, with C$12.8 billion, it is currently in the sixth position in the S&P/TSX Capped Energy Index. 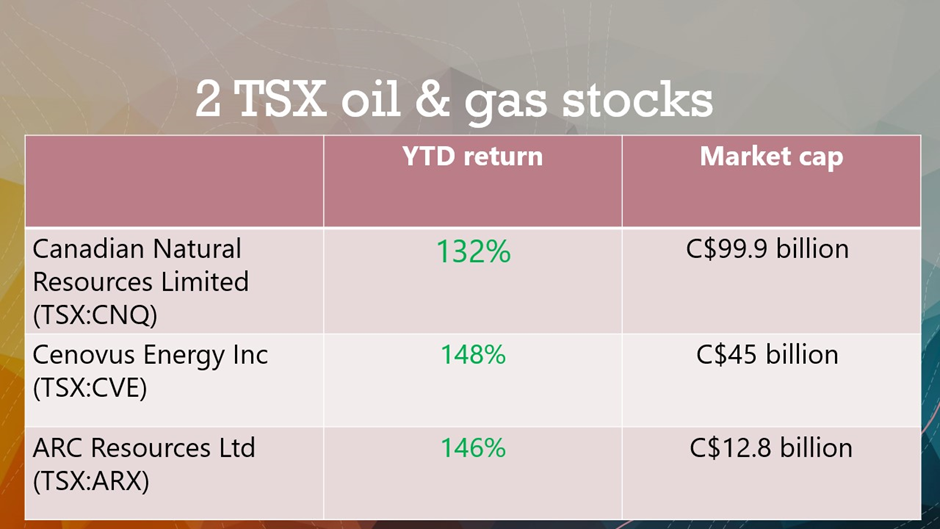 Also read: Is investing in gold worth considering during high inflation?

These are three of the biggest players in the TSX energy sector, which currently accounts for over 17 per cent of Canada’s benchmark TSX Composite Index. Two of them have outperformed the S&P/TSX Capped Energy Index on a YTD basis.

Canadian Natural Resources Limited is now reportedly the fourth largest oil and gas producer in North America behind the likes of Exxon Mobil and Chevron. The above three companies pay their stockholders dividends.