According to a new Ipsos survey conducted on behalf of MNP Ltd, increasing living costs and interest rates are impacting the household budget in Canada.

With such economic concerns circling Canadian consumers, let us explore five TSX stocks that investors could include in their TFSA.

Telus is one of the top telecommunication service providers in Canada and recently announced an investment of C$ 10 million in Haida Gwaii to enable 5G networks and broadband infrastructure to provide access to internet technology.

Telus stock zoomed by nearly four per cent in the last one year. According to Refinitiv, T stock had a Relative Strength Index (RSI) of 43.47, reflecting near the moderate level of 50, with 3.58 million shares exchanging hands on July 11.

The railroad giant, known for its wide network of railway lines, will pay a quarterly dividend of C$ 0.19 this month. CP stock jumped by over eight per cent in nine months.

According to Refinitiv information, CP stock had an RSI value of 57.55 on July 11, more than the moderate level. 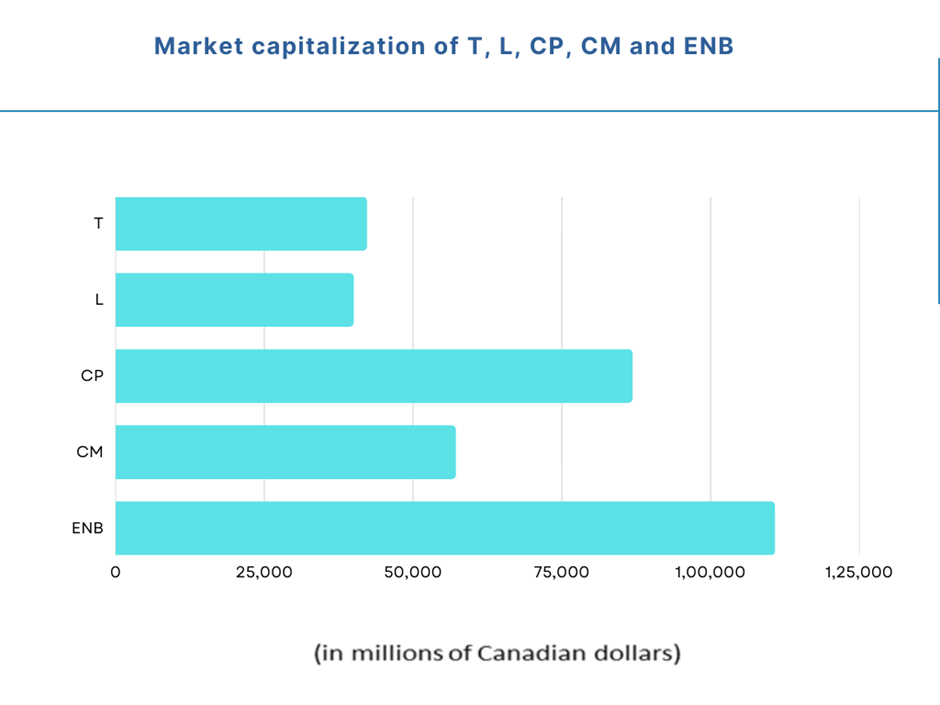 Enbridge is one of the top dividend-paying companies with a market capitalization of over C$ 110 billion. The energy infrastructure firm had a dividend yield of over six per cent (an annual dividend amount that a company pays its shareholders, reflected as a percentage of its current stock price.

The MNP Consumer Debt Index, which reportedly tracks Canadians’ attitudes about their debt and ability to meet monthly obligations, rebounded by 90 points since the last quarter but stayed lower compared to the benchmark score clocked five years ago, the report said.

In such tough economic situations, as peoples’ personal finances struggle to reach pre-pandemic levels due to inflationary and rate hike pressure, investors could consider these healthy TSX stocks for their TFSAs.