Canada's main stock sank on Wednesday, September 8, amid concerns after the Bank of Canada hinted at “risks” and left interest rates undisturbed at 0.25 per cent.

The negative close was mainly triggered by the weakness in the energy, base metals, information technology and healthcare sectors. However, the losses were largely offset by strength in the utilities, industrials and telecom stocks.

BCE Inc., Bombardier Inc. and Suncor Energy Inc. were among the most active stocks on the TSX on Wednesday from the volume standpoint. 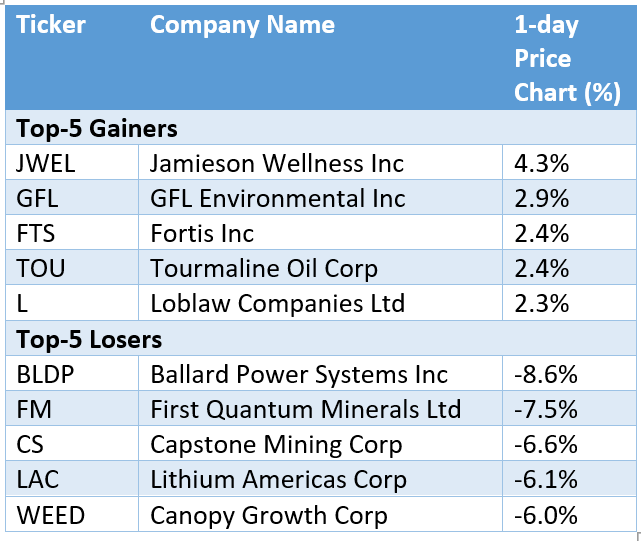 Following a mixed performance in the previous session, the US main averages all closed the day in negative territory on Wednesday. Wall Street's weakness reflected fears about the delta variant's fast spread, which may stifle the global economic recovery.

The Canadian Dollar slid against the US Dollar for the third-straight session on Wednesday, while USD/CAD closed at 1.2689, up 0.33%.

The US Dollar continued to gain momentum for the second trading session against the basket of major currencies on Wednesday and closed at 92.71, up 0.21%.