A section of market watchers may be debating about Warren Buffett’s latest comments on Bitcoin, but in another scene, acquisitions are taking place to supposedly further blockchain gaming.

After Microsoft’s announcement about the acquisition of Activision Blizzard, and the earlier Facebook's shift to Meta, now a gaming venture has sold some of its assets to focus on blockchain. Square Enix, a major name in video games, thanks to the popular Tomb Raider series, has struck a deal with Embracer Group AB. What is the deal?

In a press release available on the website of Square Enix, it is mentioned that the company has divested some assets that include intellectual property for Tomb Raider game. The deal has been struck for US$300 million, which the Embracer Group would pay on a “cash and debt free basis”.

A similar information on Embracer’s website confirms a total move of 1,100 employees of Square Enix to Embracer, with the acquisition of three studios. Two of the studios, Square Enix Montreal, and Eidos Montreal, have personnel in the Montreal city of Canada besides other global locations.

Square Enix has specifically mentioned in its press release that the proceeds would go into investments in blockchain and other new-age technologies. Goldman Sachs and others have acted in the capacity of financial advisor to Square Enix.

Reportedly, Square Enix wants to move into gaming tech that includes metaverse, non-fungible tokens, and other decentralized offerings. However, the exact plans of the company aren’t yet known.

Also read: As another CryptoPunk NFT sells for high price, what to expect?

What did Buffett say about Bitcoin?

Investor Buffett, who is closely tracked by many market enthusiasts, has said that he won’t take all the Bitcoin (BTC) cryptocurrency even at a price as low as US$25. Notably, the market cap of Bitcoin was over US$700 billion as of writing.

Buffett made this critical statement in the latest annual Berkshire Hathaway meeting. But this was not his first-ever negative stance on Bitcoin. He is previously said to have termed Bitcoin “rat poison”. His close associate, Charlie Munger, is also known as a crypto critic. 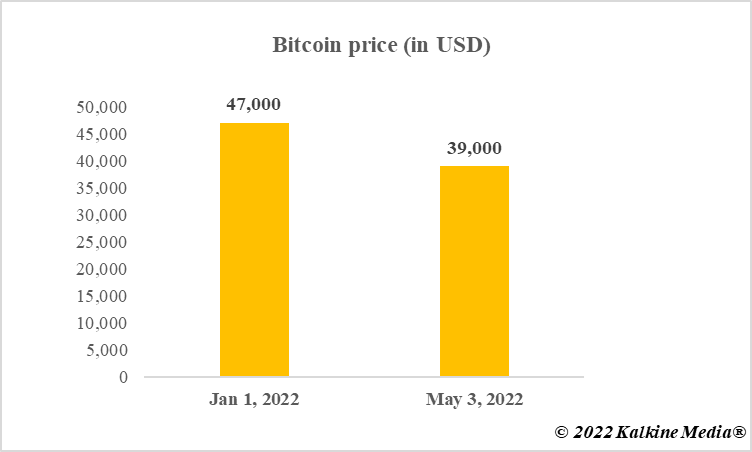 Gaming underpinned by blockchain is the latest sensation in the crypto world. Many gaming verses like Axie Infinity and Decentraland are combining blockchain, native crypto tokens and NFTs. Separately, many digital assets of NFT projects like CryptoPunks and BAYC command high value.

Also read: Explained: How many types of cryptos are there?

The deal between Square Enix and Embracer Group may be the start of the former gaming entity’s entry into blockchain gaming. By divesting some of its assets, Square Enix looks to move into blockchain. In another scene, Warren Buffett has continued with his criticism of Bitcoin. Though NFTs and Bitcoin are separate asset classes, blockchain is the primary tech used in both.

Also read: Why are NFTs valuable?