Qantas Airways Limited (ASX:QAN) shares were trading in the green today as the company shared a couple of updates.

The transportation company has announced several major fleet decisions and shared a trading update for the third quarter of FY22.

A look at 3QFY22 updates

Revenue growth in the third quarter has resulted in a quick reduction in the group's net debt, which has dropped from AU$5.5 billion at the end of December 2021 to AU$4.5 billion by the end of April 2022, bringing it back below pre-COVID levels. This is down from a high of more than AU$6.4 billion during the peak of border closures.

Therefore, net debt is expected to reach the bottom of the group's goal range by the end of FY22, based on current market conditions. 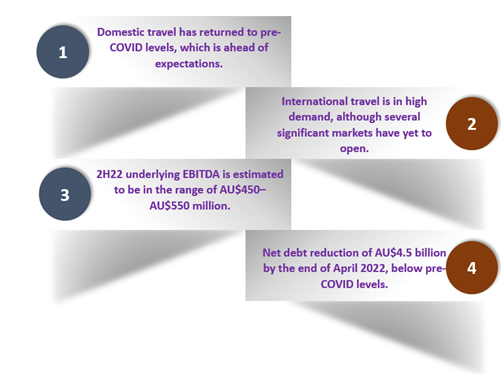 While the group still expects a significant full-year Underlying EBIT loss in FY22 due to the worst of the Delta and Omicron impacts and one-time restart costs, the business is on track to generate Underlying EBITDA of between AU$450 million and AU$550 million in 2H22, based on current projections.

Meanwhile, the group's capital expenditure forecast for FY23 is AU$2.3–AU$2.4 billion, unchanged from the previous year.

Qantas Group has announced several important fleet decisions that will transform its international and domestic networks in the coming decade and beyond.

As its Boeing 737s and 717s are being retired, Qantas will begin the rejuvenation of its narrow-body jets as part of 'Project Winton,' with definite orders for 20 Airbus A321XLRs and 20 A220-300s. The first of these planes will arrive in late calendar 2023, with buy rights for another 94 planes scheduled for delivery through at least 2034 included in the order. 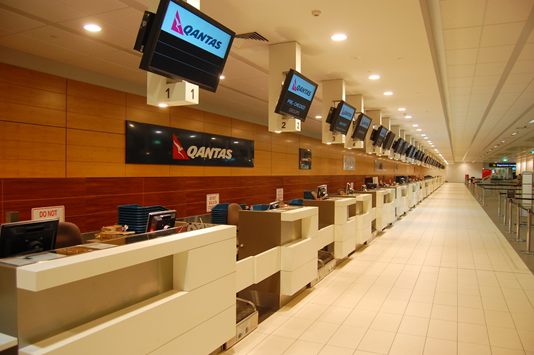 12 Airbus A350-1000s will be ordered for non-stop 'Project Sunrise' flights from Australia to other cities worldwide, including New York and London. In each travel class, these aircraft will provide market-leading passenger accommodation, with service from Sydney set to begin by the end of the calendar year 2025.

Domestic travel demand rebounded ahead of forecasts and excellent contributions from Qantas Loyalty and Freight, resulting in considerable positive free cash flow in the quarter. However, free cash flow is likely to improve further in 4Q22, based on April trading and forward booking performance.