Mr Christopher Gerteisen, CEO & Executive Director of Nova Mineral, has addressed the shareholders of the Company and laid down the operational plans for the flagship Estelle Gold Project.

Nova Minerals (ASX:NVA, OTCQB:NVAAF, FSE:QM3) owns and operates the Estelle Gold Project in Alaska. The project’s Inferred Mineral Resource stands at 4.7Moz. Interestingly, as per Nova, the resource estimate has been conducted for only 2% of the area on the tenure, opening the possibility for major upside in resource potential as the exploration on the project area expands.

In his address to the shareholders, Mr Gerteisen highlighted that the resource potential of the Korbel Main prospect remains open and could see major upside after the completion of the 2021 drilling campaign. The Company has planned extensive infill drilling and extensional drilling on Korbel Main and is targeting global resource update later this year. Several other major targets in the Korbel Valley, including Isabelle, You Beauty and Cathedral will also see some drilling. 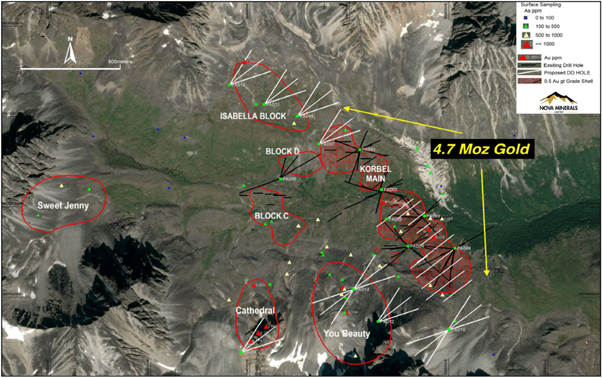 Unlocking the potential of Estelle Project

Nova has identified several prospects, including Korbel Main, Stoney, Tomahawk, Kid, T5, Mount Estelle, RPM, Emerald, Revelation, Shoeshine and Train on the Estelle Project. The Company believes that these prospects represent a potential to discover significant gold deposits, which will be unearthed by extensive exploration and drilling. 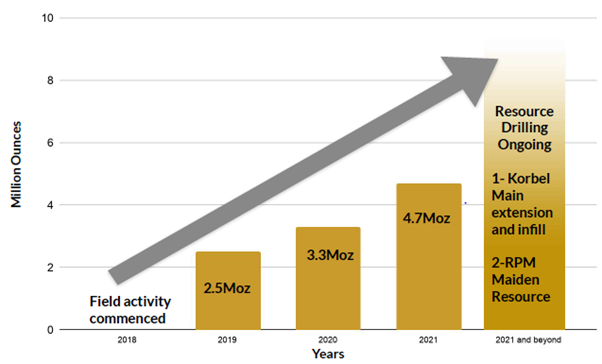 The next plan of action is for the RPM prospect. The reconnaissance fieldwork and rock chip sampling on RPM have delineated high-priority drill targets. The Company is planning a drilling program on the prospect during the June quarter and release the maiden resource work later part of 2021. 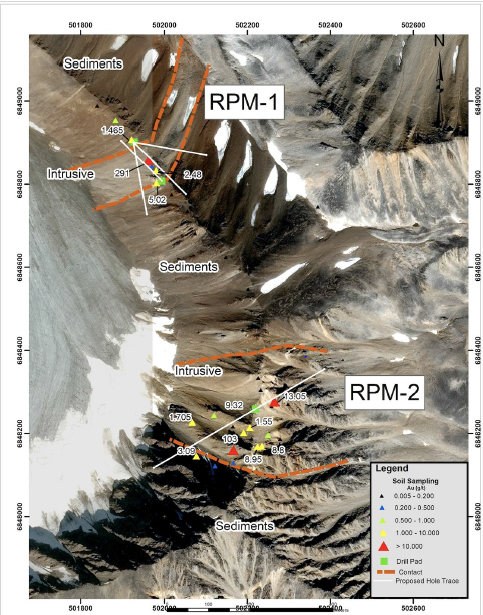 Korbel Main and RPM will beef up the resource potential of the project significantly. Apart from these two, there are several prospects and numerous unknown gold showings in the tenement area. The geological team will commence its fieldwork on the prospective areas on the project and identify further drill targets.

Nova is setting up on-site labs for the study and assay results of the samples from the drilling and sampling program. The move will save considerable time and money as there will be no need to outsource the testing works to private labs. The lab will become operational in the coming weeks.

Mr Gerteisen elaborated on the Company’s strategy which entails adding new resources to the project through exploration and at the same time, advancing the project towards commercial production. The metallurgical testing, scoping study and upcoming PFS are all steppingstones towards the production stage. The on-site lab will provide quick assay results, which could be used in real-time on the exploration front.

Nova has appointed Jade North, LLC to advance the environmental work program and assist the Company in securing permits for the Korbel Main deposit.

The Company recently acquired additional land holdings at the project location. The acquisition has expanded the prospective land holdings to 324 km2.

Nova aims to become the next low-cost gold producer in Alaska and add substantial values to the shareholders.

Nova holds 74% interest in Canadian lithium explorer Snow lake Resources Ltd. The demand for electric vehicles is soaring high, and in turn, is ratcheting up the demand for battery minerals.  The Company has acquired 12.99% interest in an Australian gold explorer company – Torian Resources Limited (ASX:TNR).

Nova also holds 9.9% interest in Rotor X Aircraft Manufacturing Co., which is involved in the development and production of Phoenix A600 helicopter.