Going great guns via its formula of prosperity, Renascor Resources Limited (ASX: RNU) seems to leverage the booming window of opportunity brought forth by the ongoing flourishing gold market. In an insightful move towards harnessing strong gold prospects, the Company has announced the expansion of its 100% owned Carnding Gold Project (EL 5856) in South Australia’s Central Gawler Craton with the approval of exploration licence application (ELA) 2020/00110, including the area immediately north of the Soyuz Prospect. 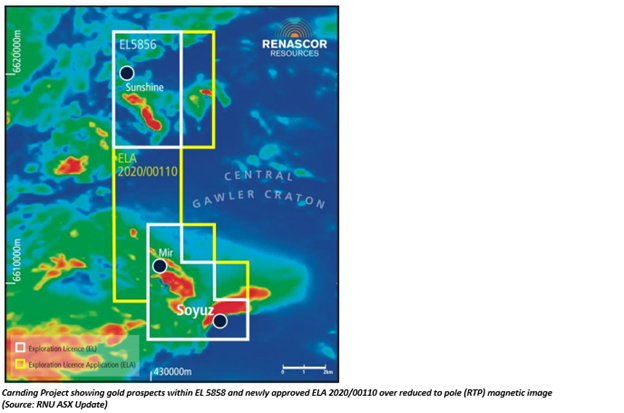 The robust strategic leadership enjoyed by the Australian explorer and developer appears to be giving the Company an ace up its sleeve for pursuing the exploration objectives. The latest gold-centric advancement follows the Company’s recent announcement of its newly identified gold prospects at the Carnding Gold Project.

The prospects over which the previous drilling intersected high-grade and shallow gold are believed to offer drill-ready targets for near-surface and high-grade gold deposits associated with Proterozoic granite.

With this backdrop, let us look at how the Company is advancing to expand its gold potential at the Carnding Gold Project.

A Glimpse on Recent Expansion of Exploration Grounds

Renascor, with the approval of ELA 2020/00110, will now gain access to additional prospective exploration areas, lying adjacent to the gold prospects within EL 5856.

The newly acquired ELA 2020/00110 includes an extension of a large magnetic anomaly at the Soyuz Prospect, related to a discrete section of a fractionated Hiltaba Suite intrusion. Additional geochemical gold anomalies are also part of the expanded project area.

Soyuz Prospect, defined by coincident magnetic and gravity anomalies along with multiple geochemical anomalies identified by multi-element soil leach sampling, has been significantly included as gold targets identified within the Carnding Project.

A coherent gold mineralisation zone at shallow depths has been defined by the highly anomalous gold intercepts, that were returned by initial shallow drilling at Soyuz, including

The results include several significant and anomalous gold intersections over two cross-sections separated by 100 metres, while the gold target zone is remaining open both at shallow depth and along-strike.

Accordingly, Renascor believes the existing drilling could have defined drill-ready targets for shallow, high-grade gold deposits within the target zones. Soyuz prospect, besides shallow drill intersections and surface geochemical gold anomalies, is also defined by coincident 2 kilometres by 1 kilometre magnetic and gravity anomalies along the northern margin of a Hiltaba-type granite.

Central Gawler Craton in South Australia hosts a significant number of gold deposits and occurrences, lying within an arcuate region around western as well as southern edge of the Gawler Range Volcanic Province outcrop.

The region’s gold mines and deposits incorporate the Challenger and Tarcoola gold mines as well as the Tunkillia gold deposit. The region is booming with enhanced gold exploration and development activities being undertaken at different gold projects. Some of the gold-centric undertakings involve proposed redevelopment of the Tarcoola gold mine and the Tunkillia gold deposit by Barton Gold Pty Ltd.

Furthermore, exploration of the Aurora Tank project, proposed sale and redevelopment of the Jumbuck project, and Indiana Resources acquiring the Boomerang, Earea Dam and other gold prospects stimulate gold-centric exploration in the area. 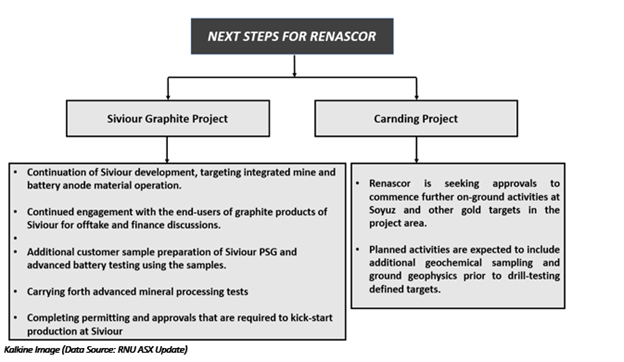