Domestic investors are expected to closely track their US peers following the release of the US Federal Reserve’s latest monetary policy minutes which showed that a large interest rate hike may be on the block in the upcoming June meeting. On the other hand, the prices of oil extended their fall on in yesterday’s session.

According to the latest report by the US labor department, job openings dipped last month, indicating a tight employment scenario amid fears of recession. Job openings stood at 11.3 million in May, a marginal decline from record highs in March 2022. 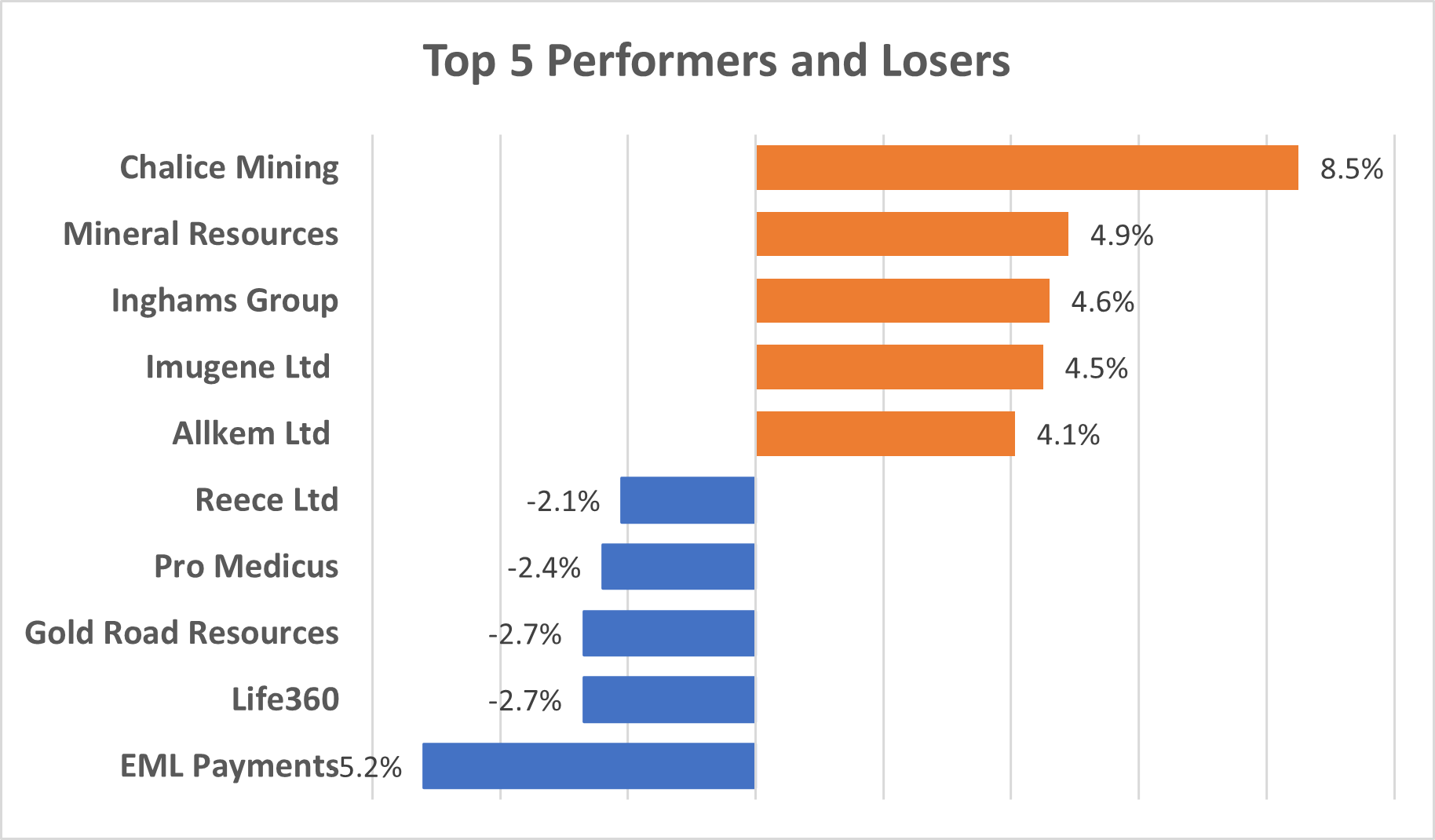 While Chalice Mining (ASX:CHN) and Mineral Resources (ASX:MIN) were the top gainers, EML Payments (ASX:EML) and Life360 (ASX:360) were the top losers