Senegal is a relatively small country, approximately the size of Victoria (Australia), located in the north-west of Africa on the Atlantic coast. With its stable, democratically elected government and highly prospective geology, Senegal has established itself as an attractive country for exploration.

Prompted by the favorable prevailing conditions at Senegal, as mentioned above, several exploration companies including emerging gold explorer, Bassari Resources Limited (ASX: BSR) has chosen Senegal as their area of primary operations.

Incorporated and listed on the ASX in the year 2008, Bassari is a gold company which is currently focused on bringing its Makabingui Gold Project in Senegal into production this year. Bassari holds a positive view about Senegal and is impressed by its under-explored Birimian greenstone gold belt. 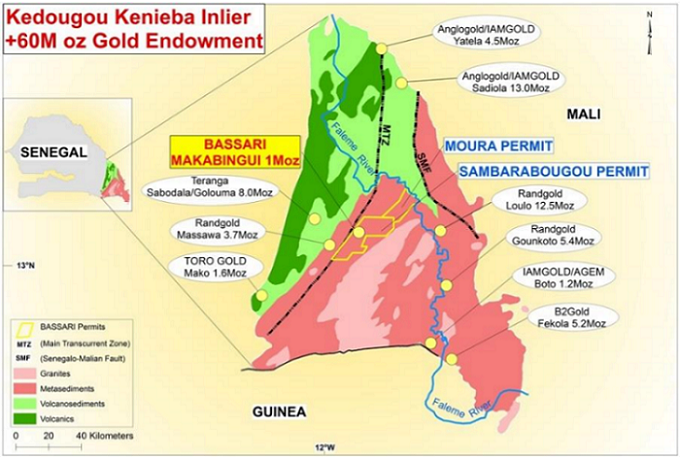 To read more about Bassari and its Makabingui Gold Project, Click here.

Bassari is betting upon the long history of its Senior management in discovering and developing mining projects in Senegal.

Let’s look at Bassari’s Board members and their Experience with Gold Exploration.

Alex Mackenzie - Bassari’s Executive Chairman Alex Mackenzie has around 40 years’ of experience in the Mining Industry in West Africa particularly in Senegal where he discovered the potential of the Sabodala Gold Mine, the $800 million Grande Cote Mineral Sand Project and the Bassari Makabingui Gold Project.

Andrew Goode - Project Manager at Makabingui Gold Operation SA who has spent most of the past 23 years in Africa in a mining career spanning forty years.

Through its successful exploration program in Senegal, Bassari intends to develop its numerous gold assets, including Makabingui Gold Project, in order to become a major gold producer. Senegal government has already provided exploitation permit to Bassari for the Makabingui Gold Project and the Project is well advanced.

During the last quarter, the company conducted several key activities at the Project which include major equipment purchases, upgrades to the medical clinic and the workshop area, extension of the mess facility, increasing the housing capacity at camp by the construction of new quarters. This quarter, the company expects to incur a cash expenditure of around $1.5 million on development activities.