Oil Gains ~88% in May, While the US Shale Oil Industry suffers

The US shale oil industry has long been susceptible to the decline in the crude oil prices. We are once again on the crossroads with the oil prices recovering from the 20 April slump. More than 200 North American oil and gas producers filed for chapter 11 bankruptcies during the 5 years of 2015-19. So, the shale industry, the most prone to bankruptcies, has been on the risk even prior to the coronavirus pandemic.

Following the 20 April cataclysmic slump of Oil prices, the oil prices have observed a growth following the supply cut and increase in demand following the reopening of China, European economies such as Spain, France in a phased manner.

200 US Based Oil Producers file for Bankruptcies

The count of the US based oil producers filing for bankruptcies surged to 200 during Q1, 2020 with major demand shock plummeting the revenue of these oil producers. In addition, the high inventories levels and no takers of the oil contracts let most of these small to medium scale companies face losses of millions. The economic loss is massive but so is the loss of employment and livelihood for the employees of the oil sector globally. The US government did try to prep up the demand through filling of country’s strategic petroleum reserves, but could not save these oil producers. Texas and North Dakota, the two largest oil producing states are understood to be the worst hit states 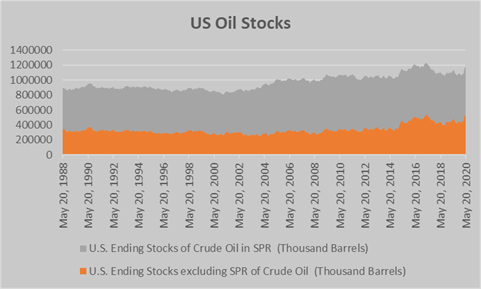 The number of U.S. oil-producing companies filing for bankruptcy has exceeded 200 in the first quarter of 2020, and as billions of dollars in revenue have vanished amid low oil prices, thousands of workers have also lost their jobs. The damage is not just limited to the oil producers, the count of drilling rigs has reduced significantly. The shale oil typically has a higher operating expense, therefore a lower margin in cases of low crude oil prices.

The major oilfield services company Baker Hughes announced that the US oil rigs count decreased to 258, from 802 a year ago, experiencing a decrease of 67.8% during the period. As per the sector experts, the count of employees losing jobs can be estimated in the range of 20,000 to 70,000 since the beginning of the year.

The world’s leading investment firm, Blackstone backed Gavilan Resources filed for chapter 11 bankruptcy in Houston. The share oil driller was formed following the acquisition of shale oil assets in Texas. The bankruptcy is understood to be in reaction to the plunge in commodity prices and the ongoing legal tussle with Sanchez Energy. Blackstone and Sanchez energy in 2017 jointly acquired the Eagle Ford shale asset for US$2.3 billion for an equal partnership in the asset. The two partners have been in a legal battle for months and with the Gavilan struggle to repay its US$550 million debt on its balance sheet.

Will There Be a Second Oil Price War?

With the OPEC+ supply cut coming into enforcement with the onset of May, several voices against the oil supply cut has begun to surface. The differenced opinions may lead to another oil price war such as the one which was announced by Saudi Arabia on 8 March after the OPEC+ failed to reach to agreement to cut the production supplies.

Earlier this month, Iraq had announced its plans to reduce the oil production by 23% but the extent to which the supply cut was followed remains in the dark. Iraq, which is an oil-based economy, recently saw a new government being formed. The nation’s revenue has reduced significantly, and the economy remains in a fragile state. The story of Iraq is not the only case in the book, a similar situation is expected for many major oil dependent economies.

Russia’s largest oil producer, Rosneft is also speculated to make its peace with the supply cut as it struggles to deliver the promised quantities of oil to its long-term buyers on abiding the OPEC+ supply agreement. In case of extensions of the supply cut or a deeper supply cut, the situation would worsen for the national oil company.

The Russian firms are believed to disagree upon the production cuts as the major producers remains equivocal about extension of the supply cuts in future. As per the April’s OPEC+ agreement, Russia is expected to cut its supply from 11 million barrels to just 8.5 million barrels a day.

Oil skyrocketed on 29 May 2020, with U.S. May futures ending with record gains, on back of the belief that the U.S.-China trade deal would remain intact and on falling crude supply.

The future crude oil prices depend on the increase in demand and de-escalation of the US-China tensions. An increase in demand from the oil mongers US, China, and India, is anticipated to further boost up the oil prices. The oil price is expected to continue inch-up on the backs of reduced oil supply and increasing demand but does depend on the extension of the supply cut by the OPEC+ nations and the successive waves of coronavirus.