A Glimpse at Pharmaxis’ Product Pipeline

An Australian pharmaceutical research company, Pharmaxis Ltd (ASX: PXS) was established in 1998. The company undertakes research, development and commercialisation of human healthcare products for the treatment of fibrotic and inflammatory diseases. The head office, manufacturing and research laboratories of the company are situated in Sydney, Australia.

The company aims to minimise the drug discovery costs and possess a drug discovery team comprising of 17 chemists and biologists at its Frenchs Forest facility. To ensure the company benefits from the commercialisation of its products, its drug discoveries are protected by patents. 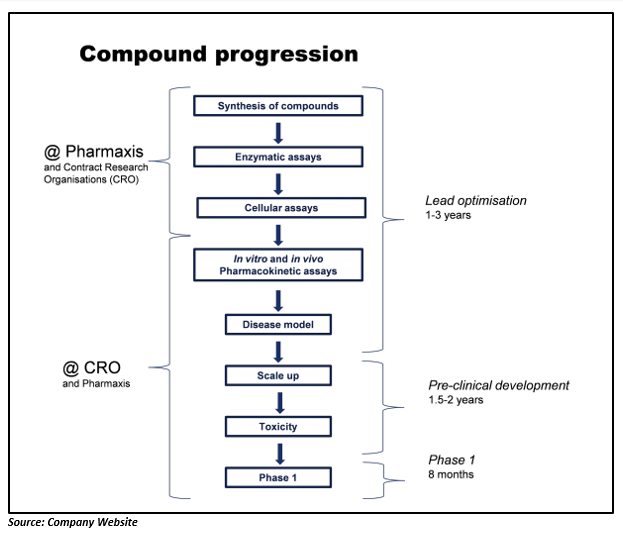 The company holds a portfolio of products that are at various stages of development and approval. Pharmaxis leads in mechanism-based inhibitors of amine oxidases and the first products from the company’s amine oxidase platform are inhibitors of Lysyl Oxidase-Like type 2 (LOXL2) and Semicarbazide-Sensitive Amine Oxidase (SSAO).

Two respiratory products of the company - Bronchitol® and Aridol®, have been approved in various world markets. Bronchitol® is used for cystic fibrosis and is marketed in Europe, Russia and Australia while Aridol® is used for the diagnosis and assessment of asthma and marketed in the USA, Europe, Australia and Asia. Recently, Pharmaxis’ US partner Chiesi Farmaceutici SpA received a positive recommendation from the US FDA Advisory Committee on the use of Bronchitol® for adult cystic fibrosis patients in the United States.

Another pipeline asset of the company includes Orbital® Dry Powder Inhaler (DPI) that is designed for the convenient delivery of high drug doses to the respiratory tract. 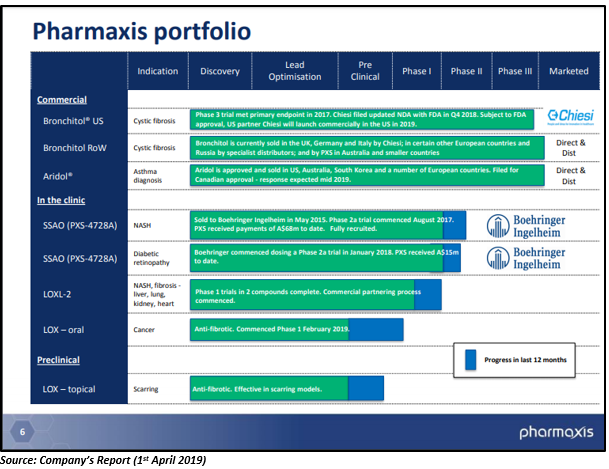 In order to develop investigational drug PXS4728A for the treatment of the liver-related condition Non-alcoholic Steatohepatitis (NASH), Boehringer Ingelheim acquired the drug from Pharmaxis in May 2015. PXS4728A is a potent inhibitor of Semicarbazide-Sensitive Amine Oxidase (SSAO) discovered by Pharmaxis. It works by blocking leucocyte adhesion and tissue infiltration in inflammatory processes.

Pharmaxis has already received AUD 83 million to date from the benchmark deal concluded with Boehringer Ingelheim in 2015, with a potential of over $600 million in development milestones for two indicators and sales related payments. 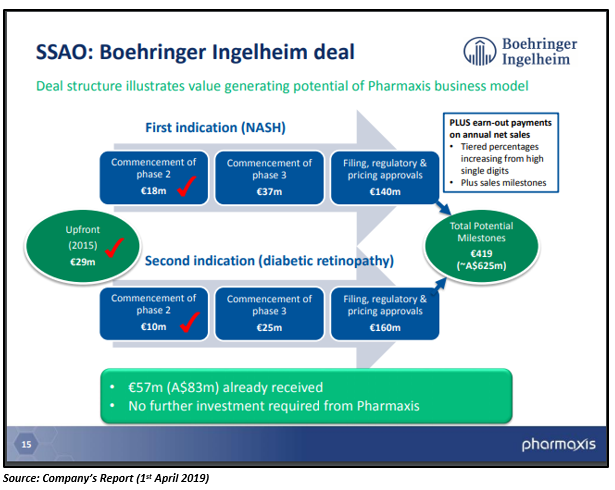 Pharmaxis is also investigating some other amine oxidase drug development programs currently, like:

The company recently released its Quarterly Shareholder Update for March 2019. The table below highlights some key financial metrics of the March 2019 quarter:

Below are some of the value adding events that Pharmaxis is targeting in 2019/2020: