In a noteworthy development, the Australian gold and base metals explorer Musgrave Minerals Limited (ASX:MGV) has strengthened its financial position and shareholding in ASX-listed Legend Mining Limited (LEG).

The Company has achieved this via the sale of 7.5 million LEG shares for $1.03 million and the exercise of 10 million Legend options at a price of $0.04 per option. Consequently, the Company now holds 12.5 million ordinary shares in Legend with a market cap of about $2.3 million.

The transaction has improved the Company’s financial position, with a net cash increase of $634,000.

Musgrave notified that it intends to utilise the funds towards follow-up Reverse Circulation (RC) of the new Starlight gold discovery at Cue Gold Project, likely to commence in early May 2020.

The identification of the Starlight Link-Lode is significant for the Company as the high-grade structure holds the potential to add shallow, high-grade gold ounces to the Break of Day resource at Cue. 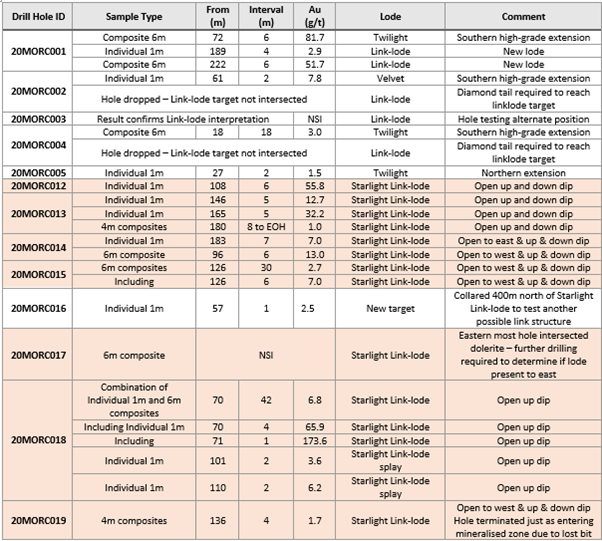 Currently, the Starlight mineralisation is interpreted to lie at least 100m long, within an east-west zone and comprise several high-grade gold veins dipping steeply to the south. The mineralisation, open up and down dip, has not yet been drill evaluated for the near surface.

Musgrave is eyeing one metre re-assay of four and six metres composite samples from Starlight, which it plans to report on receipt. The RC samples were collected as four or six metres composites for all drill holes in the recently completed RC drilling program, and 1m individual samples were immediately sent for analysis where a high likelihood of mineralisation occurs.

Moreover, the Company seems to be well on track to commence follow-up drilling in early May on the new Starlight Link-Lode, with assay results to follow.

Musgrave expects further drilling to extend the high-grade mineralisation at Starlight Link-Lode, which continues to deliver high gold grades. With Starlight remaining open near surface, the Company also anticipates confirmation of numerous individual lodes in this link position which can enhance upside potential and economics of this new discovery.