The increasing cases are of more significant concern for Aussies. Today, 428 new cases have been recorded in Victoria in the last 24 hours, with three more deaths in the state. As a precautionary measure, NSW is also tightening restrictions on indoor gatherings.

US stock market on Thursday ended in the red zone with NASDAQ Composite down by 0.73 per cent, Dow Industrials dipped by 0.50 per cent, and the S&P 500 is down by 0.34 per cent. The market remained gloomy due to initial weekly jobless claims that increased by 1.3 million in the week ending 11 July.

See the graph below to view five best and worst-performing stocks in today's market: 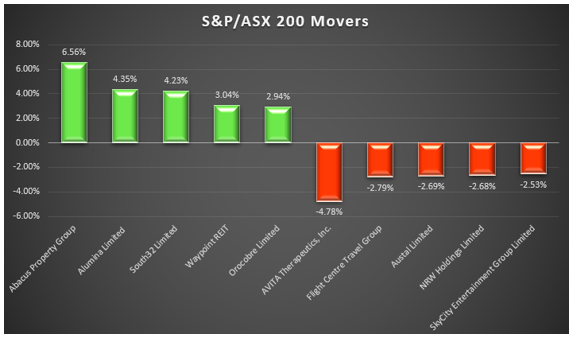