Mergers refer to a situation when the two companies combine and form a new entity. Besides, the companies seek shareholders’ approval, court approvals, competition commission approvals, among many statutory requirements, that are governed by specific jurisdiction.

Acquisition refers to an action, where a company wishes to purchase the other company. The company which is being acquired is called the target company. At times, the acquisition could be friendly and hostile as well.

Reportedly, Zip Co has reached an agreement to acquire Spotcap Global’s Australian & New Zealand businesses. The business trades under the name of Spotcap ANZ, and it provides additional capabilities in the small and medium-sized enterprise (SME) credit space.

Meanwhile, Spotcap ANZ is a demonstrated SME credit decisioning platform, which is live since 2015 with over $200 million in credit lines. The acquisition would add to the company’s recently announced, ‘buy now pay later’ (BNPL) strategy in both countries.

Besides, the transaction allows to access the underlying intellectual property and technical code base (IP), provides substantial opportunities for innovation in Zip’s business-focused digital wallet product offering. In addition, Spotcap Global would licence the IP. 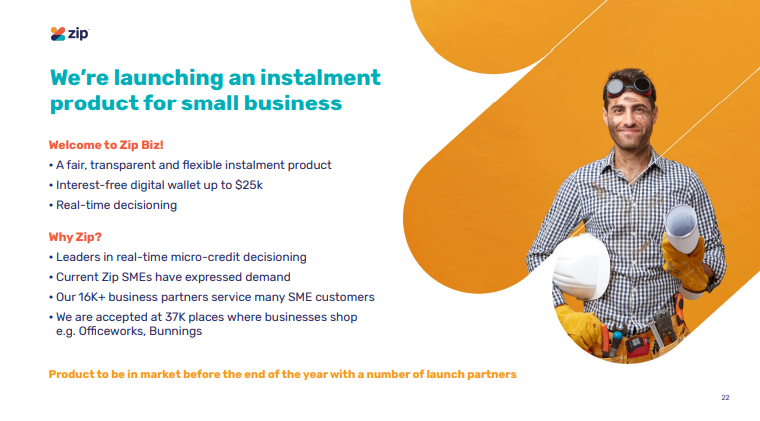 As per the release, the technology platform of Spotcap ANZ provides high-level commercial decisioning engine that uses traditional credit, accounting, and bank transactional data to underpin real-time onboarding. Since 2015, the business has lent over $130 million of funds to SMEs with loss rates of less than 3% per annum.

Besides, the acquisition would result in market-leading underwriting capability, along with four years of credit portfolio performance data, and in-depth insights from commercial bank transactional data. These capabilities along with IP licensing, enables the company to revamp its BNPL product in the market.

Further, the key management team of Spotcap ANZ would be retained. More importantly, the company would be paying an amount of $8.825 million through an issue of fresh fully paid ordinary shares in Z1P, which is said to be dependent on an agreed level of net working capital.

A few weeks ago, the company had secured a $500 million debt funding, which was originally for $400 million. Besides, the issuance was heavily subscribed, resulting in an upsize of $100 million, and the company had expected to settle the issue on 5 September 2019.

According to its final report, the company is now accessible by 1.3 million customers across more than 16k merchants. In FY2019, the company witnessed 80% growth in customer base, while its merchant base increased by 54%.

Reportedly, the scheme meeting has been scheduled for 11 October 2019. The Scheme Booklet includes the Independent Expert Opinion, which came to the conclusion that it was reasonable, fair, and in the best interests of the Villa World shareholders. 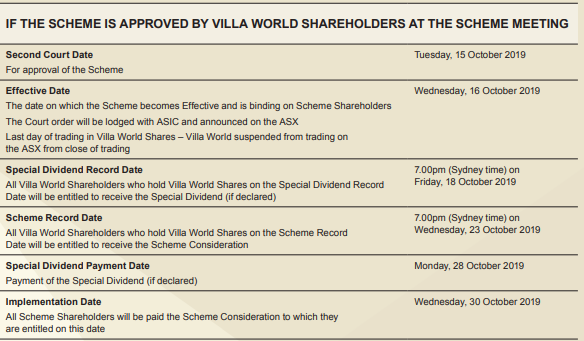 Further, the board of the company intends to declare the special dividend, which would be subject to the Scheme becoming effective. The special dividend would be paid to the shareholders, who will be on records as on the record date. Shareholders of the company may get a franking credit of ~A$0.13 per share, subject to confirmation from the Australian Tax Office (ATO) through a class ruling.

Besides, the amendment has not altered any amount related to the redemption amount of these bonds. The company has moved the amendment to redeem the bonds on the implementation date.