In Australia, banks have been classified into four main sub-categories:

Today we will have a comparative study between the two banks based on different criteria.

Performance of NAB and CBA 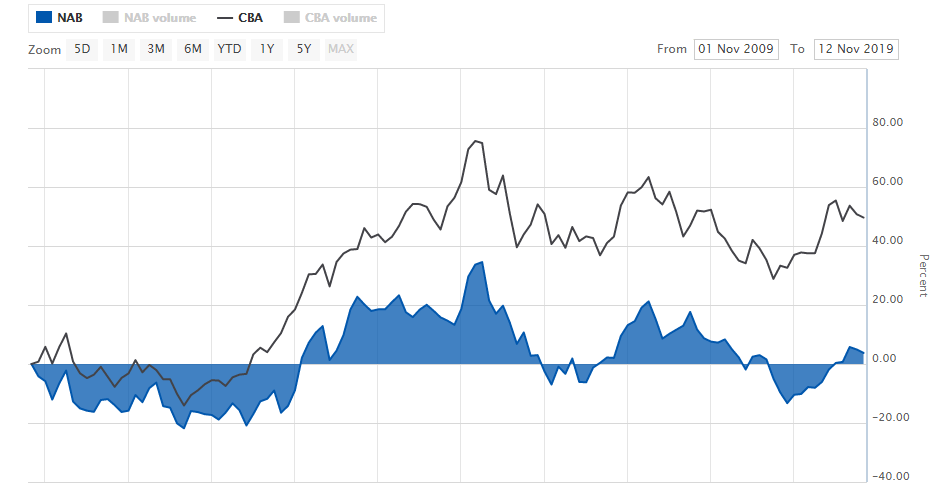 Based on market capitalization Commonwealth Bank of Australia is bigger than National Australia Bank Limited and if we look at the returns both the banks have generated in the past 10 years, CBA is far ahead of NAB.

Financial Highlights of The Banks

FY19 was a challenging year for NAB as its revenue was down by 4.2% However, revenue rose by 1.1% by excluding customer-related remediation, mainly reflected in the growth in business lending partly offset by lower margins. Net Interest Margins (NIMs) declined by 7 basis points (bps) to 1.78% However, by removing markets and treasury and customer-related remediation, NIMs declined by 4 bps with home lending competition being an important driver.

The divisional performance of the bank: 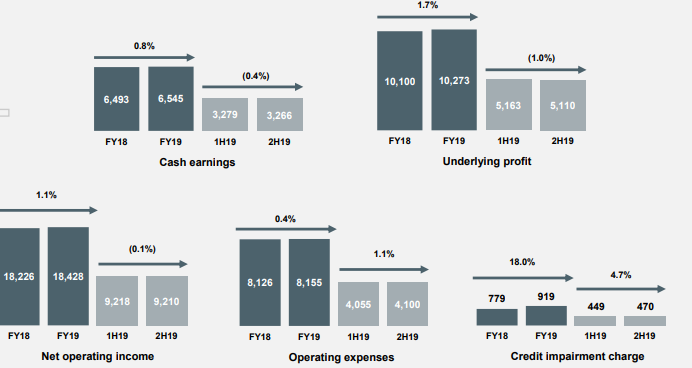 Commonwealth Bank of Australia anticipates its operating context to remain challenging as it adapts to heightened regulatory change, increasing competition, evolving customer preferences, and need to invest in risk and compliance, and technology and innovation. It is focused on continuing to serve its customers’ needs and making the necessary changes to become a simpler and better bank.

National Australia Bank Limited stated that the Australian economic growth has slowed and is anticipated to remain below trend in 2020 and 2021, while New Zealand growth has slowed to a modest level. The bank is now over two years into its three-year transformation. NAB's $1.5 billion targeted additional investment over three years is delivering better outcomes for all its stakeholders.

In the above article we talked about how the banks have performed over the past period, their financial performance and their outlook. We are not picking either of the banks as the best as these two banks are considered among the Big Four Banks of Australia and they all are well-performing banks.