Australia, as we know, is one of the largest material suppliers across the globe due to its high natural resources. Every major commodity from metals to gas flows from Australia to land across the international market, which makes the continent a crown gemstone of the worldwide material sector. 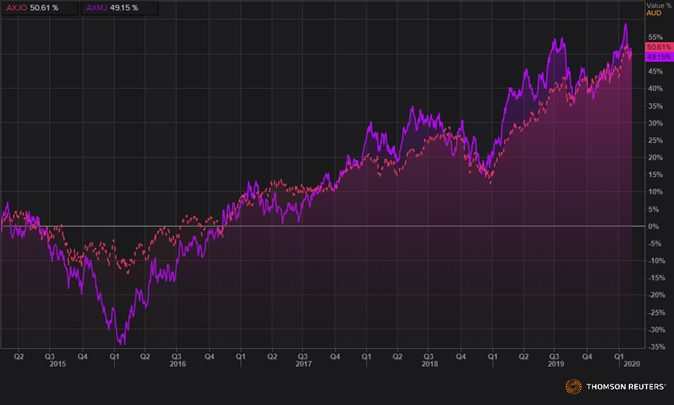 The recent breakout of the coronavirus has had a negative impact on the demand for base metals such as copper, zinc; however, the Australia miners and global investing communities are hoping that the virus would be contained soon, which would keep the demand for the basic materials such as oil, copper, zinc going across the global front.

In the wake of future hopes, the Australian material sector companies such as Aurelia Metals Limited (ASX:AMI), Alta Zinc Limited (ASX:AZI) and many others are progressing across their respective prospects.

While the tougher market conditions for some metals such as lithium had exerted slight pressure on the planned and under construction project as compared to the March 2019 estimates, the mining companies are now increasing the overall exploration amid upcoming estimated demand for the basic material group such as cobalt, lithium, gold, copper.

AMI is an ASX-listed multi-commodity mining and exploration company with prospects of gold, silver, lead, and zinc. The operational portfolio of the Company includes Hera and Peak gold and base metals mines.

AMI recently conducted exploration activities near Hera mine at the Federation prospect and in Peak North and Kairos areas at the Peak mine.

Post intercepting a very strong polymetallic mineralisation through shallow step-out drilling along the strike at Federation, which resulted in 18 metres at 24.7 per cent of lead and zinc (drill FRC043), AMI now received the encouraging results from the rest of the drill holes, which are as below:

As per the company, both the drill holes are relatively shallow, with high-grade zones starting ~65m and 130m below the surface, respectively.

AMI continued the underground drilling at the prospect, which prior to the exploration activity consisted of low-moderate grade Inferred Resources.

The recent drill results from the prospect includes

As per AMI, the area is favourably placed with respect to existing underground infrastructure and the Company is currently reviewing potential development options at the prospect.

AMI completed the first surface hole (DD19PK0142A), which tested the level below the high-grade Kairos lode and was drilled to the depth of 1,929.7m. The hole passed through various rhyolite-sediment contact zone, and all assay results are currently pending.

The stock of the Company last traded at $0.410, down by 2.3 per cent against its previous close on ASX.

AZI is an emerging ASX-listed zinc exploration and development company, and the operational portfolio of the Company includes Gorno in the Bergamo Province of Italy, which has a long history of mining, and Paterson & Macarthur in Western Australian and Northern Territory, respectively.

The Company reported the December 2019 quarter update today and emphasised on the drilling program undertaken for its Pian Bracca prospect at the Gorno Zinc Project.

AZI commenced a 30-hole diamond drilling program during the quarter, which targeted some high priority targets which previously returned high-grade assays. The first two holes were drilled at the central part of the prospect, which intersected the Pian Bracca mineralisation along with a highly mineralised lower lens.

The results from both the drill holes are as below:

Post the December 2019 quarter; the Company announced further results for various drill holes, which remained as below:

These intersections also suggested a second-layer of high-grade mineralisation beneath the Pian Bracca, which includes

During the December 2019 quarter, AZI completed a successful Placement to raise ~$1.9 million via issuing 342.3 million shares (along with additional 30 million of the Managing Director- Geraint Harris) at an issue price of $0.005 a share. The Victor Smorgon Group- the strategic investor in the Company, maintained its shareholding of ~ 15.7 per cent, which as per the Company, further validates the Gorno Project and AZI’s strategy of brownfield exploration and resource growth.

AZI also suggests, that the raised capital along with the existing cash reserve of $1.985 million (as on 31 December 2019), is sufficient to fund the ongoing drilling at Pian Bracca and working capital.

The stock of the Company last traded at $0.007, down by 12.5 per cent against its previous close on ASX.