The global aviation industry is currently facing the worst crisis in the history of their existence, with Australian aviation witnessing the similar fate. Majority of the flights are grounded due to a travel ban imposed by the federal government and airlines are bleeding cash.

Amid an air of uncertainty and speculations about the future of Australian aviation, International Air Transport Association (IATA) has predicted a moderate recovery even when the lockdown period gets over.

IATA chief economist Brian Pearce cited that even though the infection had almost stopped spreading in Australia, but the aviation sector did not get benefits of this, as of now. There has been no pick-up in domestic flight services.

The government model suggested that the country had almost eliminated the virus from there, yet the government had not been loosening its strict restrictions to help the sector. Furthermore, even when the lockdown would be lifted, people will be more sceptical in travelling unnecessarily. So, it is more likely that the demand will decrease in the sector.

Right now, the sector is anticipating highly tough times ahead, where each airline will be struggling for sustainability; the massive layout and pay-cuts are almost inevitable.

On 22 April 2020, Virgin Australia released an update by Fitch Ratings which downgraded VAH’s IDR from ‘CCC’ to the current ‘D’, subsequent to the notification of VAH entering voluntary administration.

As per the latest media report, the carrier requested for a bailout of $1.4 billion loans (US$880 million), but the federal government rebuffed its request. 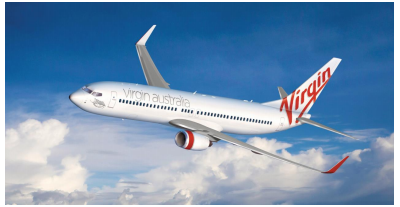 After constantly seeking financial assistance from state and federal government, and getting no aid, the airline has finally entered voluntary administration in a bid to recapitalise the business (as notified on 21 April). It is planning to continue its operations, while external administers are looking for buyers.

As per Vaughan Strawbridge, one of its administrators, there was no plan to make the employees redundant. It was going to be same as before, those who were still working will get paid, and staff who have been stood down will still get job keeper allowance.

During the ongoing pandemic, no passenger airline is doing well except the repatriation flights, which is funded by the federal government. However, Virgin's case is different, as it was already facing challenges in terms of losses and debt of AUD 5bn.

There are heated debates going on social media platforms like Facebook and Twitter about the future of Virgin Australia. The main argument is that Australians don't want Federal Government to bail out the airline due to the poor management in the past decade and secondly, it is mostly foreign-owned.

The Virgin airline is the world's largest carrier to seek bankruptcy protection within weeks of the travel ban and lockdown to contain the virus. It was placed in trading halt by mid-April 2020. While on 16 April, VAH was suspended from quotation at its request pending a release of an announcement with regards to its current monetary aid and restructuring options.

Qantas gets a monopoly in Australian domestic flights

After Virgin airlines entered the voluntary administrations, Qantas Airways Limited (ASX: QAN) turned into monopoly airline operator for domestic flights. Though, the entire aviation industry worldwide is stricken by the ongoing coronavirus pandemic crisis. However, Qantas is dealing with the crisis firmly, and stands much taller among the competitors in the domestic airline arena. 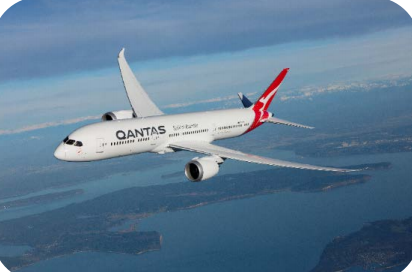 Before the pandemic began, Qantas reported strong cashflows, and it bought back 32 per cent of its shares. Its domestic business delivers superior returns and margins, and it reported 18 per cent ROIC. Moreover, it operates two primary airlines, Jetstar and Qantas and subsidiary companies. It employs around 30,000 people.

Also, Virgin Australia's weaker balance sheet helped Qantas to get the monopoly in Australian aviation and it is being projected that Qantas will emerge much stronger post this pandemic phase. Furthermore, the historical dip in oil prices is also going to help Qantas build up its store at a low price.

On 9 April 2020, QAN notified the market that one of its directors James Todd Sampson disposed 2,649 rights (under the NED Plan) due to the lapse of rights.

Air New Zealand Limited (ASX:AIZ) is not planning to resume two suspended international routes from Los Angeles to London and Auckland to Buenos Aires due to the pandemic (as notified on 16 March). Right now, these services have been suspended till 30 June due to low demand resulted by the government-imposed travel ban.

Also, it is deferring the launch of its ambitious non-stop Auckland to New York flight service until at least the latter part of next year. It was earlier pre-scheduled to be launched on 29 October 2020.

Air New Zealand's Nick Judd said that it was disappointing to the current situation as people had worked hard to build these markets, and there was tremendous excitement building up for the launch of non-stop New York flight.

He also said that the airline would have to think pragmatically as most countries will be cautious about international travel till next year. It is most likely that the government will continue the restrictions for some time and demand for Los Angeles to London flight service is not going to recover any time soon. The route was already planned to be exited in October.

Before the travel ban, ANZ was daily operating from LA to London and from Auckland to Buenos Aires, 5 times on a weekly basis.

Other travel stocks devalued due to corona crisis

The entire travel industry is put on hold thanks to coronavirus pandemic. Flight Centre Travel Group (ASX: FLT) has suspended its earning guidance for FY 2020 due to heightened uncertainty during the unprecedented crisis.

The travel agency has downgraded its guidance from an AUD 310m -AUD 350m to AUD 240m -AUD 300m. Graham Turner, Managing Director, cited that agency would go for sensible cost reductions to maintain its balance sheet.

Corporate Travel Management Limited (ASX: CTD), a business travel agency similarly announced cost reduction planning and suspension of the earnings guidance for FY2020. Furthermore, non-executive directors and MD Jonathan Nelson will take fixed remuneration and 20 per cent cut in their fees for the remaining of the current financial year.

The aviation industry is one of the worst-hit sectors during COVID-19, and the recovery does not seem any time sooner.