Saudi Arabia’s Aramco crude processing facilities at Abqaiq and Khurais curbed the output by over 5 million barrels a day post the attack, which propelled the crude oil prices in the global market. The crude oil posted its highest intraday gain on 16 September 2019 since the Gulf war in 1991. The benchmark, Brent oil future CFD witnessed a large runaway gap up of over 13.50 per cent on 16 September 2019.

After a massive production loss, the energy investors are largely eyeing the crude oil market to see if the event could turn out to be a foundation stone for the strong fundamentals.

Saudi Arabia had recently decided to curb its production by 1.2 per cent of the total global demand, and the Aramco event further intensified the loss in global production.

The United States, again stepped in to halt the price gain, and the United States President Donald Trump allowed the use of the strategic petroleum reserve of the nation, which in turn, exerted tremendous pressure on the oil prices and the prices retraced back to trade at US$64.83 (Day’s low on 16 September 2019).

However, the prices recovered sharply during the evening session today amid a high speculative buy over the production loss to reach at US$69.65 (at 03:00 AM AEST) The Brent oil future CFD is currently trading at US$68.10 (as on 17 September 2019 12:18 PM AEST). 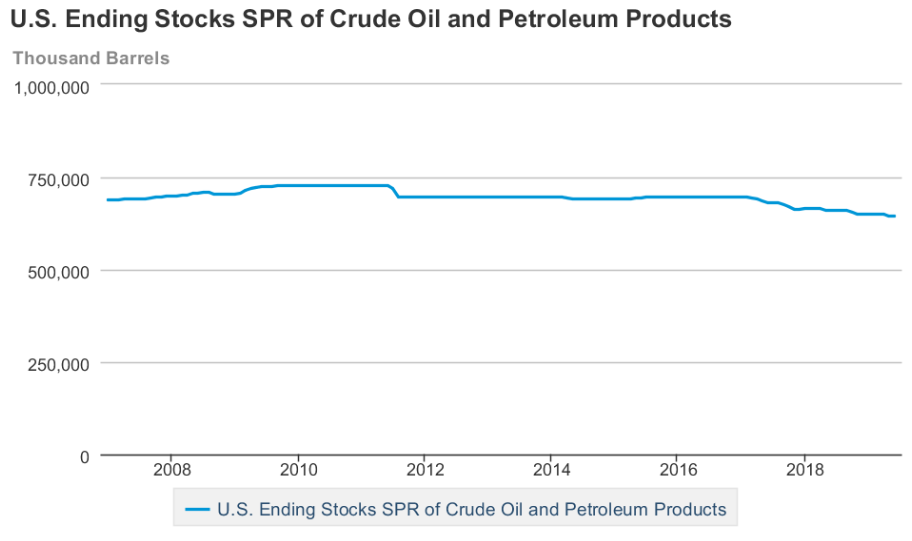 The United States is maintaining a high strategic petroleum reserve from quite some time, which could allow the nation to keep the oil market well supplied in the time of supply chain disturbance. In recent the times, the United States had kept the exports high, which could further increase in the coming weeks ahead to mitigate the supply risk.

The strategic petroleum reserve in the United States stood at 644.8 million barrels for the week ended 06 September 2019. 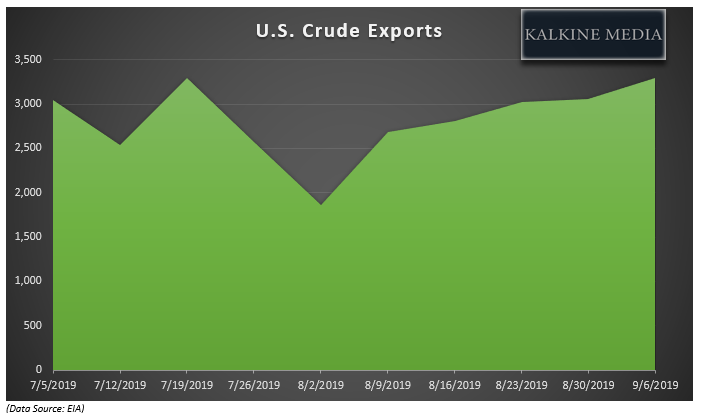 The exports from the United States is already high amid the higher domestic production and coupled with the SPR; the nation holds the potential of balancing the supply shortage in the global market.

The higher domestic production coupled with higher exports could rebalance the global oil market again, and investors should dig out for more such fundamentals before jumping into any long or short in the oil market ahead. 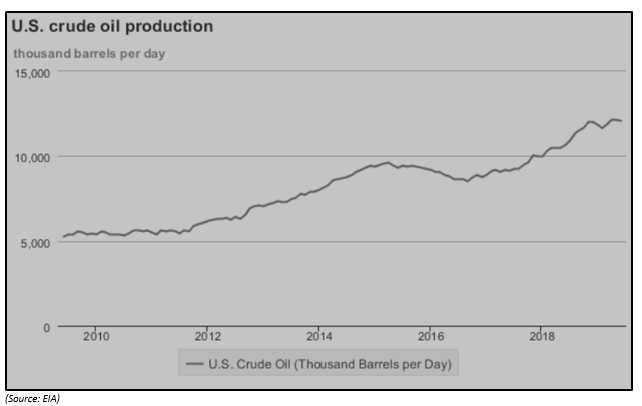 Not just the domestic index the global S&P Commodity Producers Oil & Gas Exploration & Production Index also surged to post a single day jump of over 8.32 per cent on 16 September 2019 from its last settled value of 685.4541.

Woodside Petroleum Limited (ASX: WPL) witnessed a gap-up opening of over 7.94 per cent on 16 September 2019. The stock rose significantly to register a high of A$33.840. However, the share price of the company lost its early gain during the day’s session on 16 September 2019.

Many other oil and gas explorers on ASX followed the same trajectory and witnessed a gap-up opening on 16 September 2019.

However, these oil and gas explorers are now losing their early gains, and investors should dig out more for the reason of the fall before entering any long or short in the market.

To wrap up, the attack on Aramco oil processing facilities promoted the company to curb the production by over 5 million barrels a day leading to sudden spike in crude oil prices.

The crude oil price surge enticed the investors’ interest in energy players in the global market, leading to gain across all the major energy stocks and indices.

However, the United States stance to open the strategic petroleum reserve soon curbed the crude oil prices in the evening session yesterday, but the oil prices managed to recover over the speculation of a production shortage.

The ASX-listed oil and gas explorers or producers are now losing the charm, and the entrance of the United States SPR into the supply chain might be a possible reason. But investors should dig out for more information before entering into the sector.

CLICK HERE FOR YOUR FREE REPORT!
Tags:
santos limited woodside petroleum limited origin energy limited S&P/ASX 200 S&P/ASX 200 Energy ASX: WPL ASX: ORG ASX: STO ASX: BPT ASX: OSH crude oil Beach Energy Limited Oil Search Limited ASX Energy Stocks Energy Indices ASX-listed energy stocks
All pictures are copyright to their respective owner(s).Kalkinemedia.com does not claim ownership of any of the pictures displayed on this website unless stated otherwise. Some of the images used on this website are taken from the web and are believed to be in public domain. We have used reasonable efforts to accredit the source (public domain/CC0 status) to where it was found and indicated it below the image.