Strong Performance During the Third Quarter of 2019:

Avita Medical Ltd (ASX: AVH) released its quarterly report for the period ended 31 March 2019 on 30 April 2019. The company mentioned that for the third quarter of 2019, has received A$2.2 million from the product sales in the US, which is double the amount the company had received during the second quarter. For the company, 2019 has proved to be a transformational year, as in the United States it has launched its first product of RECELLÂ® System that is meant for the treating the burns, which has resulted in 193% increase in the cash receipts from customers to A$2,513 during Q3 2019 period. 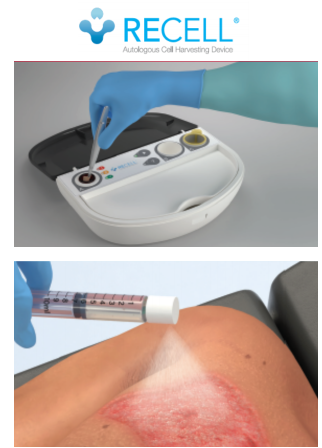 In the third quarter, for the first time the company had promoted the product, AVH is looking forward to getting the approval from Value Analysis Committee so that its product gets adopted by additional burn centers in the US. However, there has been 13% decline in the cash received from BARDA to A$1,724 compared to the previous quarter. This is on back of activities related to support of getting the U.S. FDA approval of RECELL System. Overall, during the third quarter 2019, there has been 71% rise in the total cash received to A$4,848.

Moreover, during the third quarter ending in March 2019 , the company has used the total cash in operating activities, which has declined 2% to A$6,481, as the total cash receipts were more than rise in the payments done by the company in operating expenses like product manufacturing and operating costs, sales and marketing, staffing, administrative and corporate costs. Additionally, AVH has received the net proceeds of A$15,536 from the Tranche 2 of an institutional placement of shares. The companyâs cash and cash equivalents at the end of the third quarter 2019 stood at A$38,902.

A leading stockbroker, Bell Potter, has chosen this company, as it is in the clinical trial stage currently and well-funded for the coming months, going forward. On the other hand, AVHâs Dale A. Sander has resigned as the Chief Financial Officer of the company and AVHâs Chief Administrative Officer, Tim Rooney, has become the interim CFO until the company gets its new CFO. Meanwhile, AVHâs stock has given a return of 75.56% in the last three months as on June 24th, 2019. The stock of the company last traded at A$0.385, down by 2.532% from its prior close. 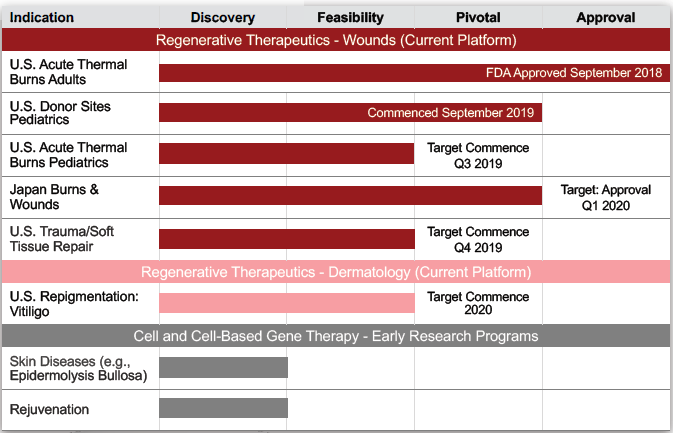 FDA Review of the Bronchitol NDA is scheduled to be completed in the first quarter of 2020:

Pharmaxis Ltd (ASX: PXS) expects the completion of the review by FDA of the Bronchitol NDA in the first quarter of 2020. This was on back of after receiving a complete response letter by the US licensee Chiesi Group. This has been received by the US Food and Drug Administration (FDA) and contains the full detail of the required matter that needed to be addressed before Bronchitol Â® for the approval, for the patients of adult cystic fibrosis (CF) in the United States. In the complete response letter by FDA, the main requirement was mentioned, that Chiesi must revise the instructions followed by the user and the packaging of the product.

The company is also required to conduct a human factor study (HFS), which PXS expects to complete it by the end of 2019. In HFS, the healthcare professionals are required to properly apply the mannitol tolerance tests. After the approval of Bronchitol by FDA, PXS will receive a US$10 million for the commercial launch of Bronchitol in the United States. Further, the company will also receive mid to high teen percentage royalties from the in?market net sales. PXS in the US will able to manufacture Bronchitol and will also become the exclusive supplier of it overthere. The product is already approved and sold in Europe, Russia, Australia and several other countries.

The leading stockbroker has chosen this company, as it is in the clinical trial stage currently and is well funded for the coming months, going forward. Meanwhile PXSâs stock has fallen 7.69% in three months as on June 24th, 2019. The stock of the company last traded at the price of level $0.250 (as on 24 June 2019).

Synlait Milk Ltd (ASX: SM1) has fallen 6.77% in three months as on June 24th, 2019. Also, the company is facing ongoing court proceedings related to its Pokeno land. The company has recently, on 7th June 2019 filed the leave application to appeal to the Supreme Court to receive positive outcome from this case. The company had bought the land for the manufacturing of the second nutritional powder. 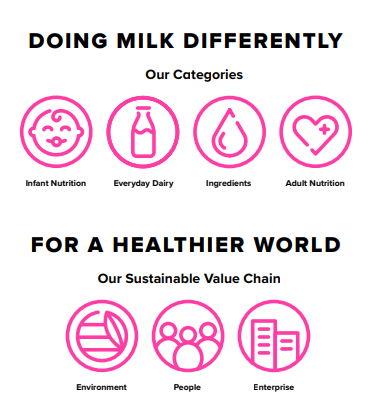 Elders Ltd (ASX: ELD) for FY 19 has reaffirmed its guidance. ELD for FY 19 period anticipates the underlying EBIT to be in the range of $72-$75 million. FY 19 underlying NPAT is expected to be in the range of $61 to $64 million. The company will continue to look for opportunities for organic growth and acquisitions. For retail products, the company anticipates that the condition for winter cropping will attain average in the second half of 2019 over most of Australia. The company expects that the earnings will rise due to its acquisition of Titan in the second half of 2019. The wool margin is expected to be consistent with previous year on the back of low wool production and high prices. The cattle and sheep volumes are projected to be lower in the second half. This is on back of low supply. However, the sheep prices are anticipated to continue to be high on higher demand.

In Real Estate Services, the farmland propertyâs supply will remain subdued as per the prices of the livestock. In Financial Service, the company plans to launch in transit delivery guarantee initiative of the New Livestock and Wool in the second half of 2019. The company expects the new Rural Bank distribution agreement will increase the EBIT compared to last year. The companyâs investment in StockCo is expected to generate higher earnings. Overall, the companyâs cost will rise due to the expansion and investment as per Eight Point Plan. Additionally, during May & April, the company was able to outperform its retail margin compared to last year. This is throughout all geographies. The company can earn from its acquisition of Titan during the period. The agency margin increased for Wool and Livestock and financial services were same as last year.

Catapult Group International Ltd (ASX: CAT) after the âsoft launchâ of its Vector in May 2019, announced on 5 June 2019, that it has received positive feedback from the clients. The company is therefore expanding the soft launch to UK and US installations. Moreover, CAT has crossed the 150 national teams mark after the new addition of European, South American and Asian clients. Further, the companyâs partnership with the Confederation of African Football (CAF) is progressing well with the roll out of 2,650 athlete monitoring solutions. Moreover, for the first half of 2019, the company has reported 32% growth in the revenue to $43 million & 25% growth in annual recurring revenue (ARR) to $57.4 million. During 1H 2019, the statutory EBITDA grew 73% & Underlying EBITDA grew 82%. Additionally, for FY 19, the company expects Underlying Core EBITDA to be in the range of $11m to $13m and annualised recurring revenue to grow above 20%. 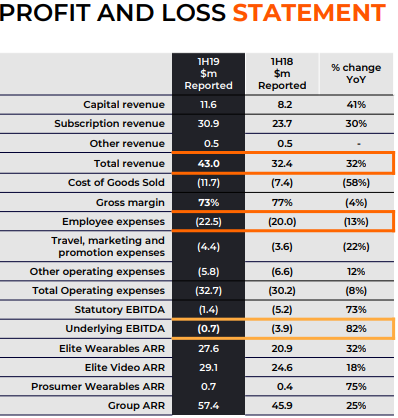 On the other hand, the leading stockbroker expects that CAT will witness a 25 per cent rise. According to the leading stockbroker, CAT is trading just at an annualised recurring revenue multiple of 3x. It has further projected that the company will witness positive free cash flow within 2 years. Meanwhile, CAT stock has risen 40.48% in three months as on June 24th, 2019. The stock of the company, last traded at the price of $1.150, down by 2.542% from its prior close (as on 24 June 2019).