The crude oil prices are plunging in the international market, mainly due to the rapidly increasing crude stockpiles in the US. Furthermore, the US has increased the import of oil, which has also exerted pressure on crude oil prices. Moreover, the current trade war between the US and China has also impacted the prices of oil. Slightest of changes in oil prices have a direct impact on the revenues of oil and gas companies. Investors are very keen to know how big players of the oil and gas industry are managing through this turbulence. In the current oil scenario, letâs take a look at three energy players trading on ASX.

Origin Energy Limited (ASX: ORG) mainly operates in integrated gas and energy markets businesses. Recently, during the 2019 March quarter, in its integrated gas business, the company witnessed strong revenue growth from Australia Pacific LNG, which delivered its highest-ever quarterly revenue of $763.9 million, 53% higher than the previous corresponding period (pcp). During the quarter, the domestic gas revenue was down by 17% on Dec-18 quarter, reflecting lower short-term domestic demand. The company reported hedging costs of $33.7 million in the March quarter, decreased by 57% from the last quarter.

In Energy Markets business, the company was benefitted by the summer season as Electricity sales volumes were higher due to higher retail demand. In addition, the companyâs power stations have performed remarkably over the summer season. During the March quarter, the oil prices were high, which led to increased revenue over the period. With the recent decline in oil prices, it will be interesting to see how the company will maintain its momentum.

In the half year period, the company earned an underlying EBITDA of $1,727 million, with an underlying profit of $592 million. The company declared a fully franked interim dividend of 10 cents per share, reflecting the companyâs improved business performance.

Last year, the company generated more than US$1 billion in free cash flow. The company intends to use that cash for building and growing its assets and to maintain capital discipline.

The companyâs Dorado-2 appraisal well, which is located in petroleum permit WA-437-P (Santos 80% and operator, Carnarvon Petroleum 20%) recently confirmed a major oil and gas resource in the Bedout Basin, offshore Western Australia, which is highly encouraging news for the company and its shareholders. An oil-water contact was intersected at 4,003 metres measured depth and an additional 11 metres of pay was encountered in the Upper Caley sands. These highly encouraging results have increased the companyâs confidence in the presence of large hydrocarbon columns in the Baxter and Milne reservoirs. 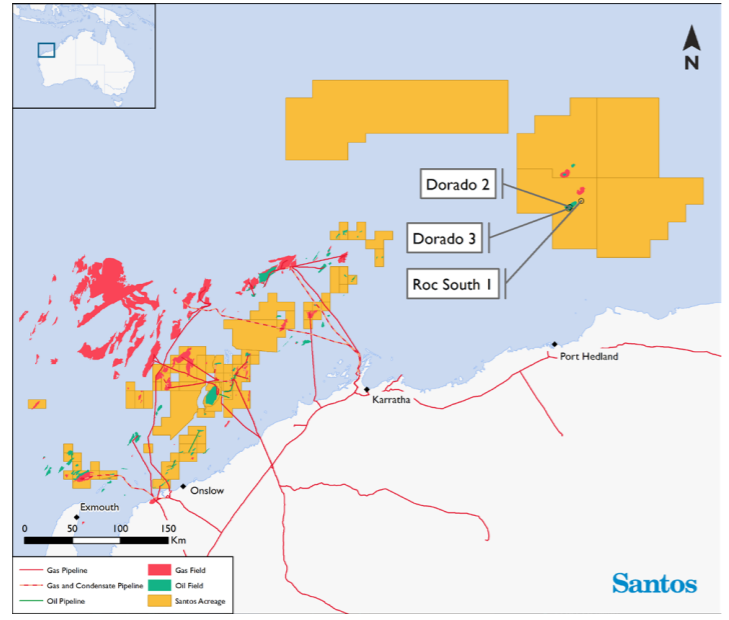 The company recently signed a binding letter of intent to acquire a 14.3% interest (pre-government back-in) in Petroleum Retention Licence 3 (PRL 3) for a total value of US$187 million with approximately US$120 million payable, following the execution of a fully-termed sale and purchase agreement. 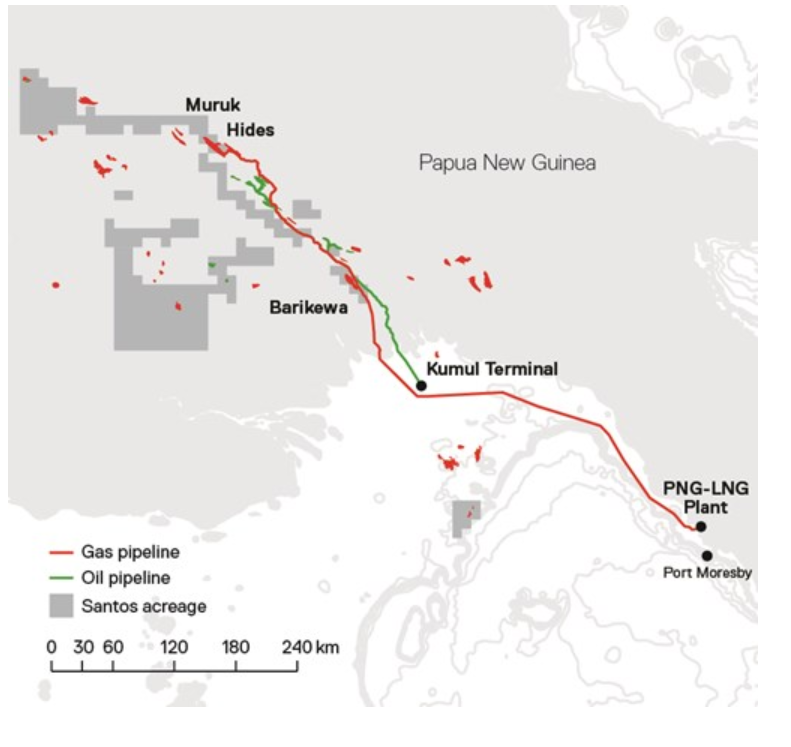 In the March quarter, the company drilled 26 wells in the Cooper Basin and 87 wells in GLNG. With respect to the oil price hedging, 1.2 million barrels of oil hedging expired in 2019 March quarter.

In February, the companyâs Board of Directors decided to pay a final dividend of 6.2 US cents per share fully franked, taking the full year dividend to 9.7 US cents, in line with the companyâs sustainable dividend policy.

Woodside Petroleum Ltd (ASX: WPL) is the pioneer of the LNG industry in Australia, which is known for its world-class capabilities as an integrated upstream supplier of energy. Considered as the largest Australian natural gas producer, Woodside Petroleum has substantial equity interests in high-quality development opportunities in Senegal, Myanmar, Timor-Leste, Canada. Currently, the company is pursuing new concepts and technology to enable cost-effective commercialisation of these resources.

In the first quarter of CY2019, Woodside Petroleum Ltd reported sales revenue of $1,221 million, 4% higher than the corresponding previous period driven by higher realised prices. During the quarter, the company commenced domestic gas production from Wheatstone LNG and reported total production of 21.7 MMboe.

During the quarter, the company also made progress with its Horizon II growth plans and won various contracts for Scarborough and the first phase of the SNE development offshore Senegal, which is encouraging news for the company and its shareholders.

For the 12-month period ended 31 December 2018, the company reported revenue of US$5,240 million, up 31.8% on pcp and NPAT of US$1,364 million, an increase of 27.6% on pcp. During the year, the company generated free cash flow of $1,524 million and decided to pay an annual dividend of 144 US cents per share, an increase of 47% on last year. These strong results were underpinned by increased production due to the start-up of major projects, higher prices and discipline on costs.

During the year, the company demonstrated its expertise in project delivery, with the Greater Western Flank Phase 2 Project coming in $630 million under budget and six months ahead of schedule. The companyâs near-term growth plans took another step forward as Wheatstone train 2 started up, with production exceeding expectations.

The company is progressing its proposal to process the Browse resources through the North West Shelf Projectâs Karratha Gas Plant, achieving a preliminary tolling agreement between the two joint ventures. This will facilitate the development of new resources through existing infrastructure.