BodyArmor is a rival to PepsiCo Inc's Gatorade. The purchase will allow Coca-Cola to strengthen its sports drink portfolio to take on the market leader Gatorade, Reuters reported.

Monday's announcement marks a major shift from its strategy to discontinue energy drinks and focus on sodas last year and comes after Coca-Cola’s strong revenue growth in the third quarter.

The agreement values BodyArmor at about US$6.59 billion. Coca-Cola said BodyArmor, launched in 2011, currently has a 50% growth rate, with US$1.4 billion in annual retail sales.

BodyArmor gained popularity after basketball star Kobe Bryant bought a stake in the company in 2013. The beverage maker had first acquired a 15% share in BodyArmor in 2018. At the time, the sports drink brand was valued at US$2 billion, according to Wall Street Journal.

The beverage maker now plans to manage BodyArmor as a separate business in North America.

Coca-Cola's net revenue grew jumped 16% to US$10.0 billion in the third quarter of 2021, compared to US$8.65 billion a year ago, it said in its earnings report on Friday.

In addition, Coca-Cola's cash flow from operations increased by US$3.0 billion to US$9.2 billion YTD. 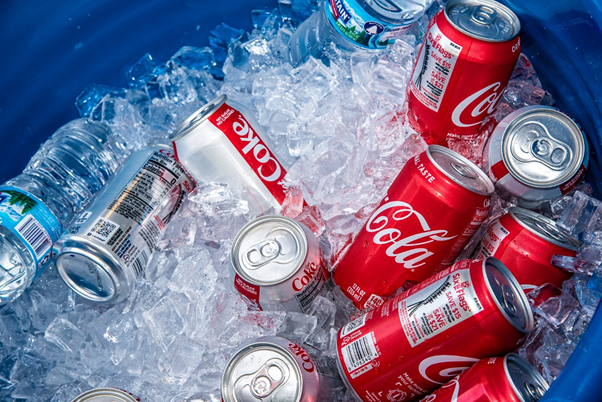 In 2018, Coca-Cola launched the "World Without Waste" strategy to reduce plastic pollution. It unveiled a new bottle made from plant-based plastic except for the cap and label earlier last month.

On Oct 21, Coca-Cola declared a dividend of 42 cents per common share to shareowners of record as of Dec 1. It is payable on Dec 15.

The Georgia-headquartered beverage company, famed for its brands like Coke, Sprite, Costa, and Glaceau, has a current market cap of US$243.07 billion.

The retail industry has bounced back by leaps and bounds this year, helped by rapid vaccinations and e-commerce boom. In addition, despite the expiration of federal unemployment aid in early September, consumer spending has been robust and supporting the sector to grow. However, investors should evaluate the companies carefully before investing in stocks.