The Dow Jones Industrial Average or DJIA consists of the top 30 companies generally considered highly profitable and reputable firms in their respective fields. The index debuted in 1896 with only 12 stocks, making it one of the oldest stock market indexes.

All the three indices have witnessed a rocky first half this year due to several turmoils in the market like higher inflation, rate hike fears, the Russia-Ukraine war, and pandemic-led lockdowns in China due to increasing COVID-19 cases.

The iPhone maker had a dividend yield of 0.57 per cent. The yield signifies the annual income in dividends from an investment relative to the asset's current price.

The energy company was among the top performers of the Dow Jones Industrial Average stocks in July.

The San Ramon, California-based firm benefited from the high oil prices this year amid the Russia-Ukraine turmoil. It announced a quarterly dividend of US$ 1.42 per share on July 27 (payable on September 12, 2022).

Chevron posted a notable surge in its total revenue and other income of US$ 68.76 billion in Q2 FY22, from US$ 37.59 billion in the year-ago quarter.

Merck said on July 26, its Board of Directors announced a quarterly dividend of US$ 0.69 per share of its common stock in the final quarter of fiscal 2022. The dividend would be payable on October 7, 2022. 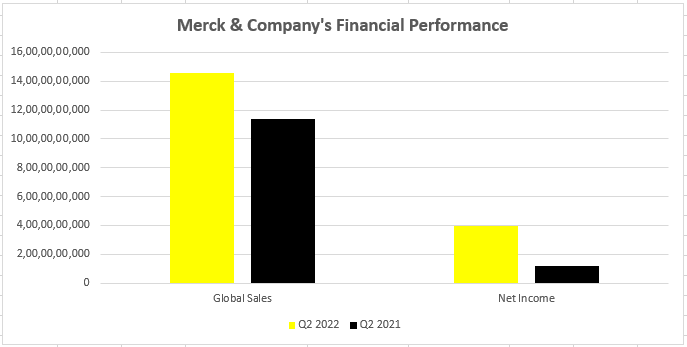 The beverage firm managed to trade in green this year, while the overall market moved in the other direction.

The US$ 194.59 billion market cap firm had a dividend yield of 2.1 per cent. McDonald's Board of Directors announced a quarterly cash dividend of US$ 1.38 per share of its common stock on July 28 (payable on September 16).

Apart from the Dow Jones Industrial Average, the other two important US indexes are S&P 500 and Nasdaq Composite. Investors need to stay alert as the markets are witnessing high volatility since the start of 2022.