US stock market closed lower on Thursday, August 11, as S&P 500 and Nasdaq recoiled after rallying a day before on slow inflation data.  In its second report in two days, the Labor Department on Thursday said that US producer prices fell by 0.5 per cent in July, after soaring 1.0 per cent in June. On an annual basis, it galloped 9.8 per cent last month while it climbed 11.3 per cent in June.

The Labor Department also mentioned jobless claims stayed high for the second week in a row in a job market that remains constricted.

On Thursday, five of the 11 segments of the S&P 500 index stayed in the positive territory. While Energy, Financials, Basic Materials, Industrials, and Consumer Non-Cyclicals were the top movers, Utilities, Consumer Cyclicals, Technology, Real Estate, and Healthcare were the bottom movers of the day.

After reporting a revenue jump in the third quarter of 2022 on Wednesday, Walt Disney (DIS) shares soared after market close, as the company also bypassed Netflix on streaming subscribers. There is also a price hike on the anvil for Disney+ and Hulu streaming subscriptions.

Shares of the US Foods Holding Corporation (USFD) went unchanged after the foodservice distributor, which is also among the largest in the US, reported overall growth in its Q2 2022 results on Thursday.

In the Energy sector, Exxon Mobil Corporation (XOM) surged by 2.89 per cent, Chevron Corporation (CVX) rose by 2.44 per cent, and Shell plc (SHEL) gained 2.47 per cent. 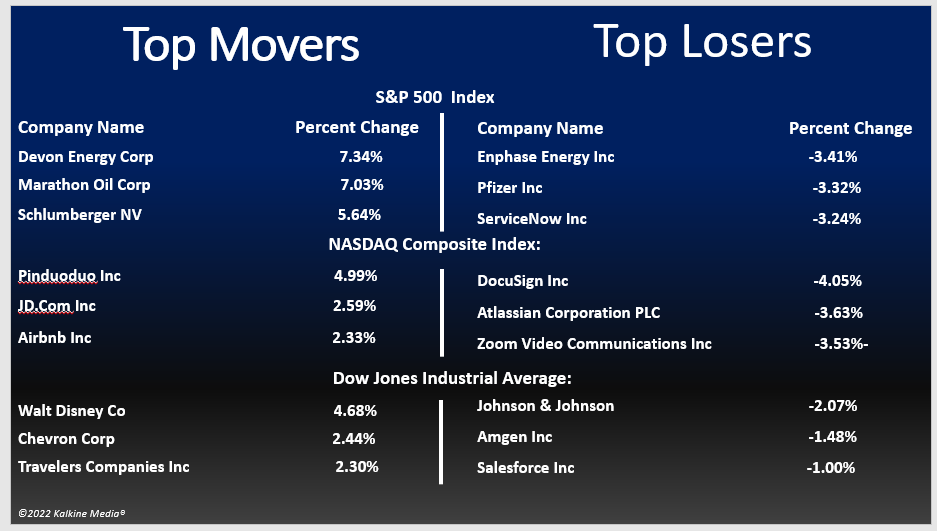 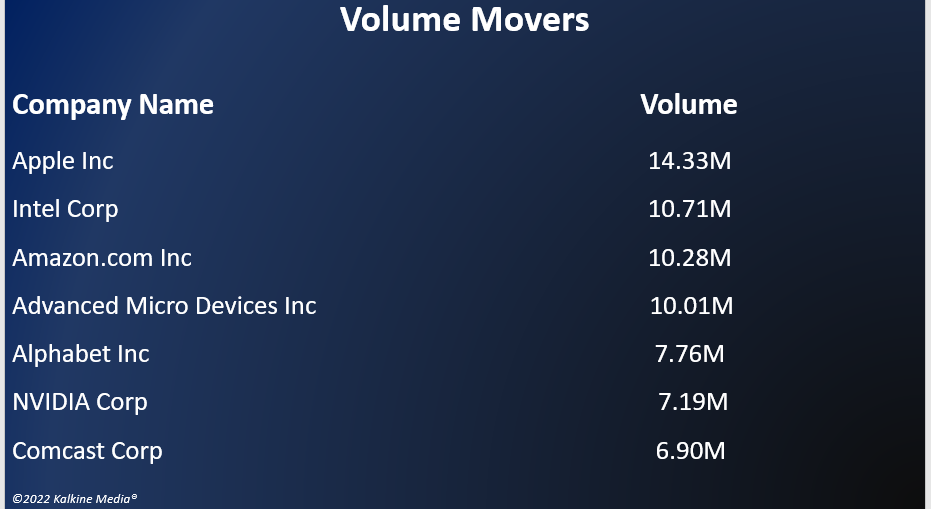