AIM-listed Pantheon Resources (LON: PANR) released an operational update from drilling at its Talitha #A well on Monday, 19 April. It said that the testing at its deepest zone, of Kuparuk formation,  flowed high quality light oil erratically at a depressing rate of up to 100 barrels oil per day only, and it faced various operational issues as well. It was also announced that the well had been suspended for any further testing. After the update was released, the oil and gas exploration company’s shares fell by as much as 50 per cent in the early trading on Monday. 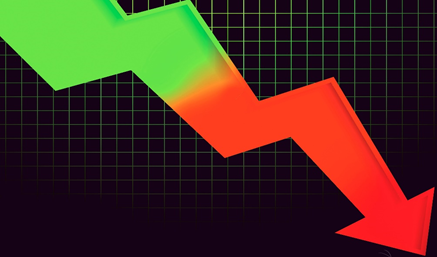 Though, the update further stated that a comprehensive analysis of the Kuparuk had already commenced to gain a greater understanding of the atypical reservoir characteristics observed. Based on the analysis, the zone still remains a viable target of the company’s acreage.

Jay Cheatham, CEO, Pantheon said that he was disappointed that the firm was not able to deliver the high tested flow rates it was hoping for from the Kuparuk. However, the company still believes that the zone offers great potential and will continue to explore and analyse it further. He further added that Talitha #A confirmed five separate zones, which were all hydrocarbon bearing. They collectively had considerably raised the company’s estimate of oil in place on its entire controlled acreage.

Cheatham further stated that despite the disappointment, the firm set an incredibly high bar to attempt to drill and test four independent zones in one North Slope winter drilling season.

The company plans to focus on its farmout strategy and attract a suitable partner to best exploit the Kuparuk across the Pantheon’s acreage, said the company statement.

Results: Shallow zones in the Talitha #A well

The oil exploration firm also announced results from the study of shallower zones in the Talitha #A well. The reservoir qualities were seen to be in line with the company expectations. While the oil appeared to be lighter than expected, an additional significant zone was also discovered. This significantly raised the total resource potential.

Going forward, the company’s goal is to finish the complete analysis of the Talitha #A well. This will include a detailed study for understanding the implications for the Kuparuk across Pantheon's acreage.