London-headquartered metals and mining corporation Rio Tinto Plc (LON: RIO) on Tuesday, 19 January, reported a dip in the output of mined copper and a strong performance through Pilbara iron ore. Providing an update on the global markets, Rio Tinto said the industrial sector in China has now achieved pre-Covid levels following the rapid deployment of stimulus. 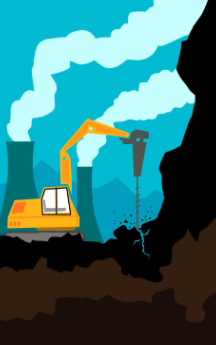 Rio Tinto is set to ramp up the port sales in China with the company already recognising a net sale to the tune of 5.5 million tonnes in 2020 with a sale of 1.8 million tonnes coming in Q4 2020. The portside operation has been providing blending and screening capabilities, handling the product from Pilbara and Canada as well as from third parties.

Redistribution of activities was observed in regions including Europe, Central Asia and America coupled with upscaling of activities in Australia following the relaxation in restrictions. However, the designated teams were able to keep the programmes running throughout the pandemic-laden year.

Meanwhile, the economic activity in Europe has been continuously disrupted in the short term due to the recent combat measures taken by the authorities in overcoming the fresh Covid-19 challenges. The commodity demand should be supported by the expected accommodative stance in the monetary policy with the extensive utilisation of fiscal policy measures.

Due to the tightened market fundamentals, the prices of iron ore rose significantly in the H2 2020 with China’s purchase remaining robust despite the persisting domestic impacts due to Covid-19 in certain regions. Restocking has steered a rise in demand in several regions including Japan, Europe, Taiwan, and Korea.

A shift in policy is likely to promote domestic investment with the exports continuing to rise alongside the global economic recovery, Rio Tinto said while providing further updates on China. The commodity demand outlook is supported by the consumption, it added.

The pandemic-related challenges and overall project delivery have been satisfactorily managed by the project teams, while the uncertainty persists to exist around movement of people and goods, local situations, and border access.

Despite the impacts from Cyclone Damien in Q1 2020 and repeated disruptions on the back of Covid-19, Pilbara iron ore has achieved a strong performance across the network in 2020 resulting in deferral of maintenance to the second half. As per Rio Tinto, the shipments from Pilbara iron ore of 330.6 million tonnes, on 100 per cent basis, were 1 per cent higher in 2020 as compared to the previous year, while the production of 333.4 million tonnes stood 2 per cent higher as against the total in 2019.

The operating expense in 2020 on account of exploration and evaluation was $625 million, $1 million higher as compared to 2019.