UK house prices surged to make a new high of £336,073 in June for the third consecutive month. However, the prices showed a sign of cooling down and increased at a slower pace compared to the rise of last month, as per the data released by the UK’s number one property website, Rightmove.

The UK’s housebuilding sector has been growing steadily since the first national lockdown came to an end. Since March 2020, the prices rose at an average of £67,394 for high-end properties, reporting a 12.3% increase, compared to a rise of 7.5% for all property prices.

As per Tim Bannister, Rightmove’s Director, the growth seems to slow down a bit as some of the demand has now been met; however, he is still optimistic about the demand prospects as the website is facing high traffic due to the extended stamp duty holiday, which was originally set to end in March 2021, and now extended till June 2021. 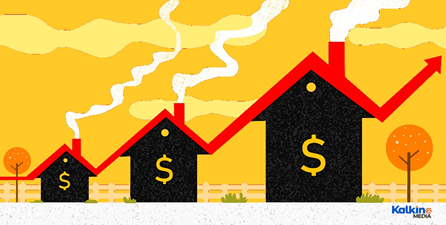 Let us take a look at 2 major stocks from the housebuilding sector which have been benefitting from the price boom:

An FTSE100 constituent, Barratt is one of the largest residential property developers in the UK. The company offers property across the UK through its three consumer brands, Barratt Homes, Barratt London, and David Wilson.

The company was the highest-scoring national housebuilder in 2020, as declared by the NextGeneration Sustainability Benchmark Report. As per the company’s trading update released on 6 May 2021 for the period from 1 January 2021 to 2 May 2021:

Founded in 1946, Bellway has been building homes for more than 75 years. The company operates in 19 trading divisions across England, Scotland and Wales and sold 10,892 homes in 2019.