UK’s new build sector has remained resilient throughout the coronavirus pandemic, which ultimately led to building confidence in the house building sector. The workload in this sector is seeing the biggest increase in the last five years as the COVID pandemic eases. In England, Wales, and Northern Ireland, activity remained in positive terrain Scotland response indicated towards contracting workloads.

New-build homes registered by builders increased by 10 per cent to 36,863 in Q1 of 2021 compared to the same quarter last year. In the same period, New-build completions also increased by 4 per cent from 31,652 to 33,074, reported by the National House Building Council (NHBC).  However, a surge in the material cost and shortages of essentials due to high demand is a cause of concern for the sector. 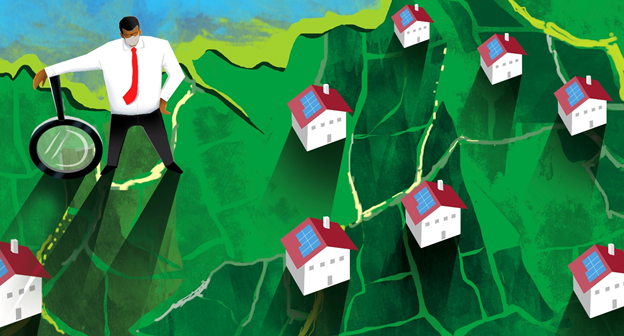 These are our top 5 picks from the blooming sector based on their past performance and strong financials. The stocks are not a recommendation to buy or sell, and any investment decision should be taken after considering all the investing aspects of the stock or after seeking expert advice.

One of the largest residential property developers has a market capitalisation of around £7,643 million. As of 2 May, Company’s Fully forward sold for FY21 with total forward sales stood at £3,696.3 million inclusive of JVs. The company has given an interim dividend of 7.5p per share.

The company is on the track of delivering its targeted minimum ROCE of 25 per cent and expecting this year to complete its wholly owned home completions of around 16,250 along with 650 JV home completions.

Vistry Group PLC, a combination of Bovis Homes and Linden Homes, is a brand-new housebuilding and partnerships business founded in January 2020. With strong demand, Group is on track to beat its estimated target of £310 million adjusted profit before tax. The company is confident of achieving its target of £1 billion the revenue and a +10 per cent operating margin in FY22. Vistry Group is expecting a stronger year on year net cash position as of 31 December 2021 Vs. £38.0 million last year. Company’s 5-year average dividend yield is around 4 per cent.

Flintshire based Redrow PLC is among the largest British housebuilders. This FTSE 250 Index constituent has market capitalisation of around £2,357 million.

The group’s revenue increased from £870 million to £1,041 million in the first half of 2021 compared to last year, as its legal completions increase from 2,554 to 3,065. After nil dividend payment in 2020, the company resumed its dividend payments last month with an interim dividend of 6 pence per share. As the turnover increased, the company’s operating profit increased from £159 million to £178 million. Earnings per share increased 10 per cent to 41.0p vs. 37.2p in 2020.

Another constituent of FTSE 250, Bellway PLC, has been into building homes for more than 75 years. Consecutively for the fifth year, the Group has maintained its status as a five-star homebuilder.

As reported by the company, its half yearly revenue ending January 2021 stood at £1,720.5 million as compared to £1,541.4 million a year ago. Volume growth of 6.3 per cent to record 5,656 homes was recorded at the half year ending January 2021. Now the Board is anticipating completing the sale of around 10,000 homes for the full year. Bellway PLC has a market capitalisation of around £4,315 million.

The Group has an undrawn £300 million Revolving Credit Facility, ending its five-year term on 31 March 2026. The Group will provide its next trading update on 8 July 2021.