The UK government’s Department for Environment, Food and Rural Affairs (DEFRA) has revised rules that would force water companies to lower the impact of sewage discharges into rivers and seas. Water companies will thus have to reduce sewage overspills over the next five years. The decision came soon after several Tory MPs had to face a massive backlash from campaign groups.

During heavy storms, wastewater was directly being released into rivers and seas to prevent the overloading of sewers. The country’s water infrastructure is struggling to keep up with the climate changes due to higher rainfall and population growth. 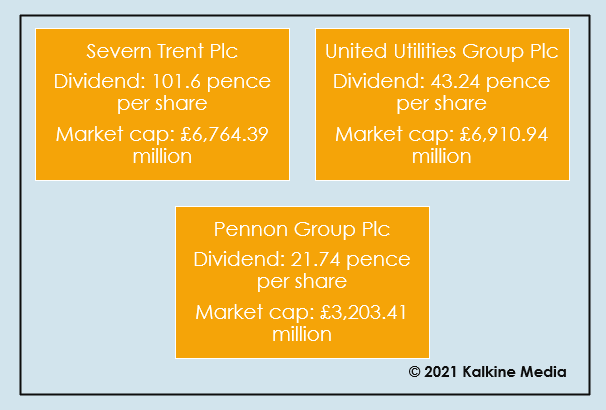 Severn Trent is FTSE 100 listed water and wastewater management company. Last month, the company announced the production of an additional 95 million litres of water through low carbon technology aimed at reducing the risk of water shortages. The new technology will use lesser chemicals and energy compared to traditional processes.

Severn Trent Group’s turnover was recorded as £1,827.2 million, and profit before tax was £472.8 million for the year ended 31 March 2021. Its regulated water and wastewater business unit generated revenue of £1,693.9 million in the year.

Severn Trent’s board announced a dividend of 101.6 pence per share to shareholders for the year ended 31 March 2021.

United Utilities Group is a water and wastewater treatment firm with operations focused in the North West of England. United Utilities deployed eviFile software for the development of a digital evidence platform. The new pipeline technology is expected to bring annual savings worth £189k and 4,000 staff hours.

Pennon Group is FTSE 250 listed UK-based water utility company. It acquired a 100% stake in Bristol Water Holdings for a cash consideration of £425 million.