The details are a part of Walmsley’s plans for New GSK as the company is headed for a split next year and has plans to divest the consumer healthcare division by the middle of 2022. The company is also under immense pressure from activist investor Elliot Management that has built a stake worth multi-billion-pound in the pharma company. Its profit took a hit as the company lagged much behind in the race for coronavirus vaccines to competitors like AstraZeneca (LON:AZN). 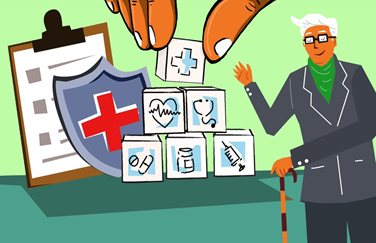 Walmsley said that except for a 20 per cent stake retained in the consumer healthcare division by New GSK, the rest would go to shareholders. It would be listed as a different entity on London Stock Exchange. New GSK would divest its remaining stake gradually.

The company said that the new consumer healthcare segment would help unlock New GSK’s potential, strengthen its balance sheet, and provide shareholders with maximum value. The outlook for New GSK’s profit growth between 2021-26 would be supported by revenue generated from new vaccines as well as specialty medicines. It would also improve the company’s operational performance.

The adjusted operating margin is expected to rise to over 30 per cent by 2026 from the current mid-20 per cent range. Cost savings realisation improved sales growth, and benefits from the sales mix from earlier announced programmes would lead to improvements to the margin.

The company revised its target for cost savings to £1 billion from £800 million, and all its restructuring plans would be completed in 2022.

Its £33 billion-sales depends on New GSK’s current pipeline. The company expects that some of its assets presently in later stages of development can generate the highest year sales worth over £20 billion.

The sales ambition has been estimated before considering revenue expected from a pipeline of assets or any other business developments. It aims for sales growth despite anticipated exclusivity loss in 2028-29 for dolutegravir.

The company also said that the remuneration committee would gradually incorporate the new ambitions and outlooks into ongoing incentive plans.