Technology stocks in the UK have gained significant traction since the onset of the pandemic in 2020, due to companies using innovative technology to pivot and sustain in an uncertain economic environment.

The London Stock Exchange (LSE) has seen a rise in the listing of several new technology stocks mostly through initial public offering (IPO) since the past year. The most recent technology stock to list on the LSE is Wise Plc (LON: WISE) IPO, formerly known as TransferWise, which debuted on 7 July via a direct listing. 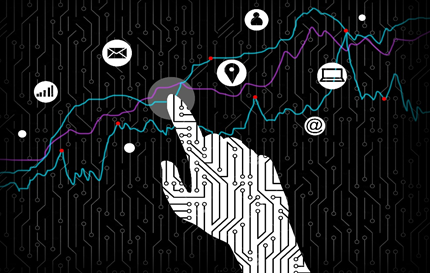 In this article, let us take a deep dive into the top 10 FTSE listed stocks in the technology sector which have been the best performing ones in the last one year:

Argo Blockchain is a blockchain technology and cryptocurrency mining company based in the UK. The company recently announced it had mined up to 167 Bitcoin or Bitcoin Equivalent (together, BTC) in June, up from 166 BTC mined in May.

The company is also considering a secondary listing on the NASDAQ exchange in the US.

Argo Blockchain’s one year return stood at 2,842.50 per cent and was among one of the highest performers in the technology sector in the LSE. Its market cap stood at £477.20 million.

Also Read: What are the big 5 tech stocks for July?

Altitude Group is an IT company offering print and promotional products solutions to the business-to-business segment. The company is also a part of the FTSE AIM All-Share index.

It announced recently that the company expects its FY 2021 full year revenue to be at least £7.4 million, and its gross profit not to be lower than £5.2 million.

Triad Group is software company offering IT consultancy and development services to central government and public service agencies. It announced recently a final dividend of 2 pence per share for FY 2021, which is expected to be paid on 20 August.

AudioBoom Group is a leading podcasting company and is also a constituent of the FTSE AIM All-Share index. The company recently announced in a trading update that it expects to generate revenues ahead of current market estimates due to strong sales momentum.

AIM listed i-nexus Global is a strategy execution software solutions company based in the UK. The company recently announced its unaudited 1H 2021 results, reporting group revenue in 1H 2021 to be at £2.01 million, compared to £2.27 million in 1H 2020.

Renalytix AI PLC is a constituent of the FTSE AIM 100 index. The company is an artificial intelligence driven in-vitro diagnostics company.

It recently announced new data showing that its bio prognostic platform, KidneyIntelX, can be effective at monitoring therapeutic response in kidney health for adults having type 2 diabetes.

Another FTSE AIM All-Share constituent, PCI- PAL is a fintech company which operates as a  specialist provider of secure payments solutions.  PCI announced in its latest trading update that its FY 2021 revenues are expected to be ahead of market expectations by at least 5 per cent due to strong trading. It also announced the repayment of outstanding debt facilities.

The group had announced that its FY 2021 revenues are expected to be US$39.5 million, ahead of its previous guidance of US$ 38 million due to the accelerated growth in the entertainment sector amid the pandemic. The group will announce its FY 2021 final year results on 13 July.

Cambridge Cognition is a UK based global provider of cognition assessment software and is also part of the FTSE AIM All-Share index. It recently announced the spin out of drug development company, Monument Therapeutics.

The company has retained a 36.9 per cent shareholding of the drug development firm post spin out. Cambridge Cognition had been incubating Monument Therapeutics since 2018.

Blackbird PLC is a cloud video editing and publishing platform and an FTSE AIM All-Share index constituent. The company has received the Green Economy mark classification from the LSE.

The mark signifies companies or investment funds which are contributing towards driving the green economy on a global scale. The LSE had first introduced the mark in 2019.