The UK gaming industry is continuously growing, and it is one of the largest in the world. In the UK, gaming accounts for more than 50% of the entertainment market. Last year, UK’s gaming market was at a record-high value of around £5 billion.

In 2020, the global gaming market was valued at £114 billion, going forward, in the next 5 years, the numbers are likely to double, as per the data released by SG analytics. People have now become habitual of playing games and widely consider it as a self-entertainment option. 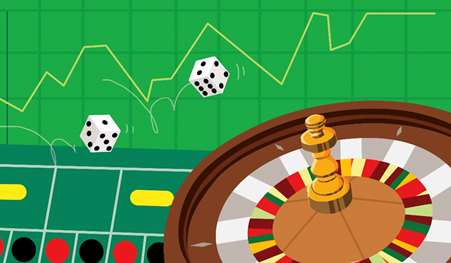 Let us look at the top players in the gaming industry.

In April 2021, the company acquired Climax Studios for a value of £43 million. This acquisition will bring synergies for the Group's strategy of becoming a creative services platform and 'go to' technical for the global video games industry. For the year ending 31 December 2020, the Group Revenue was up 14.4% to €373.5 million.

As per the company’s latest trading update for the 12 months to 31 May 2021, Frontier has delivered revenue of around £91 million in FY21 and is well positioned to grow significantly in FY22.

An FTSE250 constituent is one of the world’s leading online gaming companies.

The company reported a 56% growth in its revenue to US$ 272.5 million for Q1 2021 on a Y-o-Y basis, backed by product leadership strategy and continued expansion in the regulated markets. As per the quarterly trading update released by the company ending 31 March 2021, 888 has reported 27% growth in average daily first-time depositors.

The gaming company operates in four businesses Atomhawk, Sumo Digital, Pipeworks and Secret Mode, with spread across 13 studios in the UK.