Reckitt Benckiser To Invest $200 Million In Its UK And U.S Businesses This Year

An additional sum of $200 million will be invested by Reckitt Benckiser Group Plc, in its UK, US and Michigan manufacturing facility. These additional funds would be used to expand the Michigan plant capacity, which was earlier bought for about $18 billion in 2017. The company has made substantial investments in both UK and the US. The company has around 4,000 employees in the U.S and in the United Kingdom together. The company is also in talks with the UK and US regulatory authorities to find ways to provide wider and easier access to healthcare. The company is offering free consulting services to retail customers with partnering with Walmart Inc and Health 4 All.

In the trading update for the first quarter of 2019, the company reported a slow start to the year with like-for-like (LFL) sales growth of 1%. Momentum in Hygiene Home continued with LFL growth of +3%, while a slow start in Health division was reported; LFL performance in Total Health was flat. The company is on track to achieve LFL net revenue growth target of 3-4% in FY19. 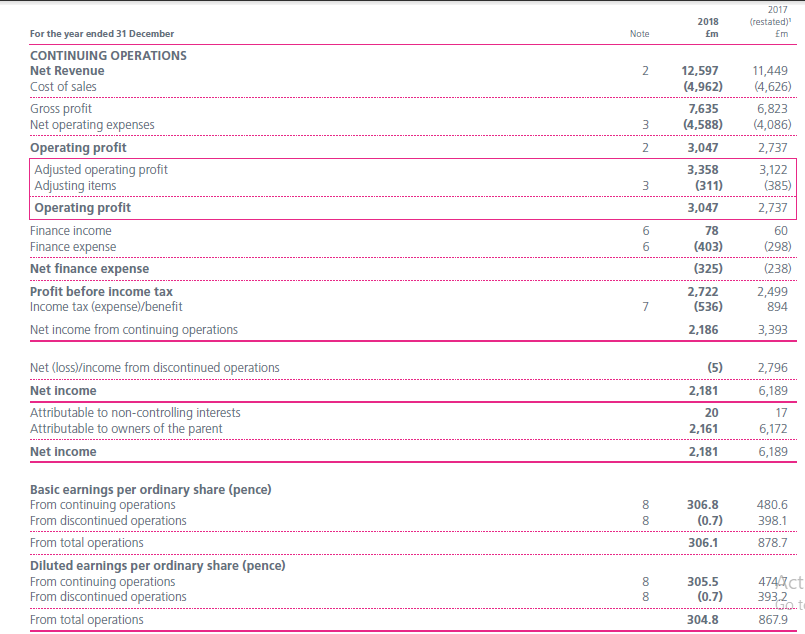 Due to the combination of input cost and a tough pricing environment, gross margin declined by 40bps on a reported basis and 70bps on a pro-forma basis to 60.6%. Operating profit rose by 11% on an actual exchange rate basis to £3,047m, while on an adjusted basis, operating profit was ahead 8% (AER basis) to £3,358m.

On a reported basis, diluted EPS from continuing operations was 305.5 pence, reflecting a decline of 36%, while on an adjusted basis, the growth was 7% to 339.9 pence. The Board of Reckitt Benckiser announced a final dividend of 100.2 pence and full-year dividend stood at 170.7 pence per share (subject to shareholders approval), reflecting a surge of 3.9 per cent against the FY17 full-year dividend of 164.3 pence per share. Free cash flow for FY18 stood at £2,029 million as compared with £2,129 million in FY17.

Daily Chart as at June-05-19, before the market close (Source: Thomson Reuters)

The company’s stock beta was 0.91, reflecting slightly lower volatility as compared to the benchmark index. The outstanding market capitalisation was around £44.67 billion, with a dividend yield of 2.70 per cent.