Millions of UK households are now exercising caution with their expenses. The high cost of living linked with the record-high inflation has started to eat up their savings. Consumer confidence has slipped to the lowest levels since 1974, according to the latest data from GfK. However, despite the price rise forcing people to cut down spending on necessities, retailers witnessed a boost in sales in April.

The boost was primarily led by the sales of alcohol and tobacco products, as per data from the Office for National Statistics released on Friday.

The data revealed that alcohol and tobacco stores reported an 8.4% rise in sales over the month. It also showed that more customers flocked to food stores and supermarkets to buy cigarettes and alcoholic beverages despite the high price tags. 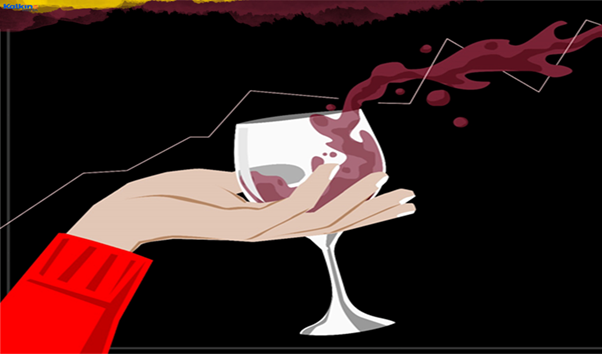 Overall, retail sales in the UK rose by 1.4% in April after contracting in March. In contrast with the pre-coronavirus period of February 2020, the sales were 4.1% higher. Food store sales were 2.8% higher in April 2022 after declining for five straight months, while supermarkets reported a 2.9% increase in sales volumes.

On the other hand, specialist food stores, like butchers and bakeries, witnessed a 1.4% decline in sales during the period.

Let us take a look at some liquor stocks and how they have been faring.

Diageo is among the world's biggest alcoholic beverage makers, with headquarters in London. The company is spread over 180 countries and has more than 200 brands under its portfolio. Some of its most prominent brands include Johnnie Walker, Captain Morgan, Crown Royal, Smirnoff, and Baileys.

The Edinburgh-based company owns The Scotch Malt Whisky Society, which sells premium single cask Scotch whisky online. In the year to March 2022, its revenue climbed 21% to £18.2 million, and the gross profit increased by 27% to £11.2 million.

The winemaker produces and distributes a range of wines across the UK. The group owns 231 acres of vineyards to grow grapes that it uses to produce wines.