Amid the ongoing energy crisis in the UK, the bond markets are in news due to rising expectations of wider economic disruption by the investors. Around nine energy companies have gone bust in September and others are being pushed towards bankruptcy as fuel pumps have been dry along with shortages of drivers creating supply chain constraints across the industrial spectrum.

While PM Boris Johnson repudiated the claim that the country is in a chaos, some of the heaviest selling among major government bonds was witnessed as investors singled out the 2 trillion pounds gilt market.

As bond price and bond yield are inversely related, the 10-year gilt yield has hit a record-high level on Wednesday at 1.152% as the 3 pounds/therm level was breached for the first time by the British wholesale gas contract for day-ahead delivery. 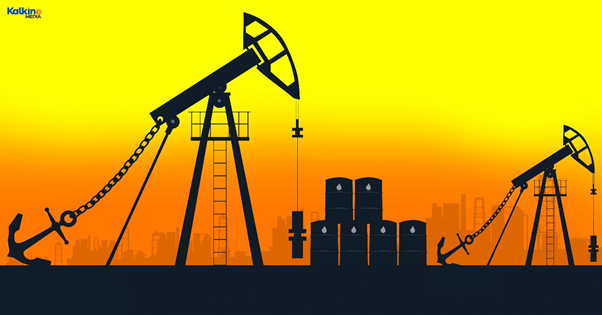 Image description: Around nine energy companies have gone bust in September and others are being pushed towards bankruptcy due to fuel crisis.

Before rapid selling began on Tuesday due to a media report about a spike in British wholesale gas prices, gilts were functioning in typical fashion in accordance with the economic data and BoE economic outlook. A jump of over 2 basis points was observed in the 10-year yield within a 10-minute period, which was equivalent to the change seen after BoE’s policy statement in the previous month.

ALSO READ: What happens when an energy supplier goes bust

According to the head of multi-asset strategy at Mizuho International, Peter Chatwell, several gilt investors were uncomfortable with the prospective interest rate hike by BoE this year. Chatwell said the interest rate will be potentially hiked under a month's time, and it will be difficult for the market due to linkage with energy prices.

The BoE officials, who are making efforts for measuring the economic impact of labour shortages, energy crisis, and widespread supply chain disruption, are likely to focus their attention on the recent moves in gilts. The gilt market interests the BoE officials as monitoring the gilt prices is important prior to the completion of its 875-billion-pound programme of bond purchases, which is bound to take place by the end of the year.

Concerns have been raised by several policy makers regarding the loss of investors’ confidence in the ability of central bank to manage inflationary pressures, as interest rates are rising despite economic slowdown.

ALSO READ: How can you protect your savings from inflation?

Retail price inflation, which is commonly used as a benchmark for bills by utility companies and is suggested by Britain's inflation-linked gilt market, is expected to rise to approximately 7% by April 2022, which is a level last witnessed in the early 1990s.

After the UK government borrowed over 320 billion pounds in the last financial year to meet the funding needs for tackling the unprecedented expenses due to the 2019 pandemic, it will also be keeping an eye on the movements in the gilt market before providing an update on public finances on 27 October.

According to Peter Schaffrik, RBC global macro strategist, it is still unknown if the current inflationary trend is transitory and for long will stay.

The UK market calmed down after the Russia President Vladimir Putin intervened with the news of boosting supplies to Europe, which led to a fall in the UK wholesale gas prices after hitting a record high. With energy firms collapsing and production slowing down across sectors, gas prices rose up to trade at 400p per therm on Wednesday. Later, the prices dropped down to 257p a therm following Putin’s comments. This volatility represents the level of desperation in investors to get any good news amid the ongoing crisis.

Rising energy prices have created a domino effect which can eventually disrupt the entire economic setup of the country. Thus, it is the responsibility of the Government to take the necessary steps to reduce energy costs and bring an end to the ongoing energy crisis. With the warning of a difficult winter coming from several industries, particularly steel, chemicals and fertiliser industry, emergency action must be taken by the Government to stop further damage.