PRS REIT Plc (PRSR) is a United Kingdom based Real Estate Investment Trust (REIT). It is a closed-ended investment trust. It was set up to invest in the Private real estate in the Rented Sector. It aims to reward shareholders with sufficient income as well as with a potential of capital gains and growth of income. It had been able to raise a total of £500 million at the gross level through its IPO, on May 31,2017 as well as  by a follow-up placement in February 2018. Both the capital raising events were supported by the United Kingdom’s Government's Homes England by means of direct investments.

The REIT is listed on the main market segment of the London Stock Exchange where it trades with the ticker name PRSR.

The company on 25 September 2019 came out with its Audited full year results for the period ending on 30 June 2019. 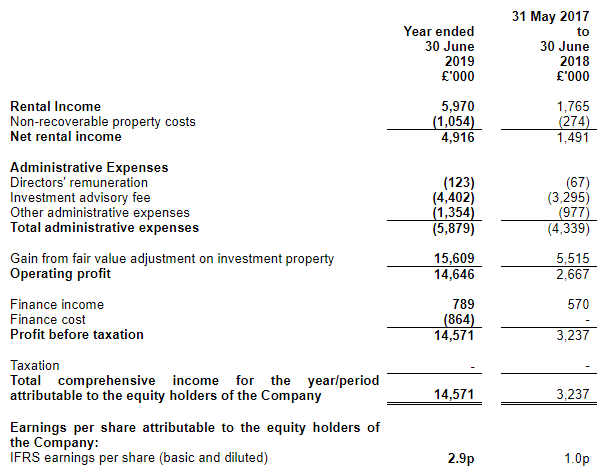 Price Chart as on 14 October 2019, before the market close (Source: Thomson Reuters)

By the end of August of 2019, the company had a portfolio of completed homes of 1,289. The pace of completion of homes over the years is increasing for the company, reflecting the growing number of sites under construction. Over the next few months the remainder of our £900 million of gross funds that were raised in 2018 will be fully deployed. When all the houses are completed the portfolio is expected to grow to 5,400 residences across 75 locations, covering most of the major regions of England outside of London.

The Demand for good quality family houses on rental basis remains high and the company’s completed housing dwellings are renting out well.   The company is pleased to note and report that 98.5 per cent of its tenants who had responded to a survey it had conducted 10 months into their tenancies reported that they were satisfied with their dwellings. However, the underlying structural drivers of demand for homes in the United Kingdom remains unchanged despite the uncertain economic climate, with a short supply of rental residential dwellings and more households entering the private residential housing renting sector.

TR European Growth Trust PLC (TRG) is a United Kingdom domiciled investment management company. The main objective of investment of the company is to achieve growth of capital by investing primarily in small and medium sized companies in Europe. The company invests in a portfolio of sectors including technology, retail, financial services, consumer goods, natural resources etc. Henderson Investment Funds Limited are the alternative investment fund managers of the Company.

The shares of the company are listed on the London Stock Exchange where they trade with the symbol TRG. 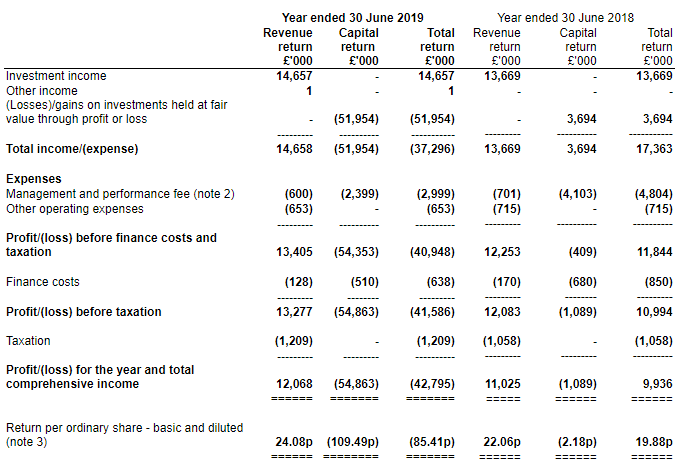 Price Chart as on 14 October 2019, before the market close (Source: Thomson Reuters)

The company currently operates in an environment of low global economic growth, exacerbated by the escalating China-American trade war. This had an adverse impact on the economic environment in Europe and as a result on the fortunes of the company. The lack of political clarity in the continent and also the uncertainties regarding Brexit in the UK has subdued business confidence in the region. This has resulted in smaller companies in Europe being very much out of favor. This is what is reflecting in the widening of the discount to NAV.

However, despite the current period of political and economic uncertainty, a combination of supportive monetary policy measures adopted by some countries in conjunction with supportive fiscal policy could ameliorate the global economic recession environment to a large extent. As an asset class, the European smaller companies have often seen periods of unpopularity; however, in the long run, historical performance has suggested time and again that this is one of the most rewarding asset classes for the patient investor.

The company hopes to perform better when the larger politico-economic environment improves, and it will be able deliver good return to its investors then.