The London Stock Exchange (LSE) has seen a recent upswing in initial public offering (IPO) activity, with several IPOs listing on the exchange since the onset of the pandemic last year.

According to the LSE’s head of securities trading, Robert Barnes, the LSE has seen a strong IPO listing through H1 2021. Mr. Barnes added that the LSE’s IPO activity was the best since 2014, even though the UK went through Brexit during this period. 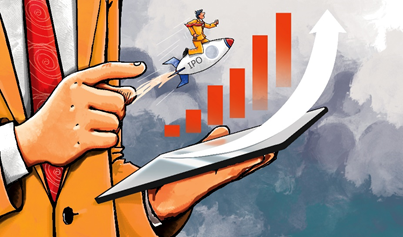 Two UK-based privately held companies made headlines late Wednesday, after they both announced plans to float on the market. In this article, let us take a deeper dive into PureGym and Central Copper Resources and their potential IPO plans:

No frills gym chain PureGym announced it was considering plans to float on the market as one of the options to raise equity for the company.

This is the second time the discount gym has reported potential plans to go public, it had earlier pulled out from going ahead with an initial public offering (IPO) plans in 2016, citing market uncertainty following the Brexit referendum.

PureGym is currently in the early stages and exploring fundraising options. The potential IPO will help fund its expansion plans in the UK and Switzerland while also pumping funds into existing gyms.

The company said in an update to its bondholders that its June customer numbers were in line with the numbers of June 2019.

Gyms faced a major setback in the last year due to covid-19 induced lockdowns and restrictions but are expected to witness a revival following the easing of restrictions. According to recent public data, UK’s June like for like a visit to gyms were at 91 per cent compared to June 2019.

Pure Gym had faced a loss of almost £200 million in 2020 due to forced site closures amid lockdowns.

PureGym currently has 506 gyms in total as of 30 June. About 502 of the total number of are presently open, while the remaining 4 are closed due to various non pandemic related reasons like refurbishment.

Also Read: Seraphine IPO: How to buy BUMP shares, and what is the price?

Copper mining company Central Copper Resources announced it is currently finalising the documentation process for admission into the LSE’s submarket, the Alternative Investment Market (AIM) as copper prices begin to fall after reaching all-time highs in May, touching US$ 10,200 per tonne.

The company is proposing placing ordinary shares of £0.01 each. It aims to use the funds from the IPO listing to advance its high grade Mbamba Kilenda copper project in DRC towards production. And, also for continuing its exploration activity at both of its sites in Africa, the Titan project in the DRC and the Lunga project in Zambia.

Central Copper Resources mines high-grade copper and is focused on sites in the Democratic Republic of Congo (DRC) and Zambia.

Its current portfolio includes the Mbamba Kilenda project at DRC, which is a near-term development asset. This project’s mineral resource estimate is presently 3.13 per cent Copper at 11.8 meters.

Its portfolio also has two high impact exploration projects which include the 231 sq. km licence area Titan project based in DRC and another one wholly owned licence area of 292 square km in Lunga, located in Zambia.

Central Copper Resources will hold 20 per cent of Titan Mining and Exploration following its admission into AIM.