Wincanton Plc (WIN) is a Chippenham, the United Kingdom based Industrial Transportation company that is involved in providing supply chain solutions. The company mainly operates through three business segments, which are Transport Solutions, Warehousing solutions and Expert Advisory services. In the transport solutions business, the company engages in the provision of various propositions such as Road transport services, where the company provides full supply chain distribution transport network, as well as urban conveyance organised for high boulevards and home conveyance, general haulage, palletised transport arrangements, alongside devoted bespoke or authority transport necessities, delivering and cargo sending services around the world.  In the containers division, the company provides rail transport, Inbound Management, Account management, reloading and specialist equipment services to address the issues of universal compartment shipping lines, cargo sending organisations and load proprietors. In the specialist transport division of the Transport Solutions business, the company provides the United Kingdom's just national shared-client system of mechanical offload vehicles, and a scope of other pro hardware including hiabs, moffetts, powder tanks, bespoke pipe trailers and twofold deck trailers, and work with their clients to drive operational upgrades over their store network.

Through the Warehouse solutions business, the company provides various services, which include oneVASTwarehouse.com through which the company provides Access to consciously situated stockroom space over the UK in a practical manner when it is required. The customers are enabled to have the availability of secure space for short or long haul residency now or at a particular time required later on. The customers can also get a live perspective on the accessible space to address their issues via looking on explicit fundamental criteria, for encompassing, chilled racking, and so on. Through the company’s fulfilment business, the company engages in the provision of Extraordinary transporter management solutions by working with all driving transporter suppliers to give the improved answer for the customer’s business needs. The company’s products are used across various markets such as Home and “Do it yourself (DIY), General Merchandise, Grocery, Construction, Defence, Energy, Consumer goods, Food and Drink, Milk as well as Water processing spaces. 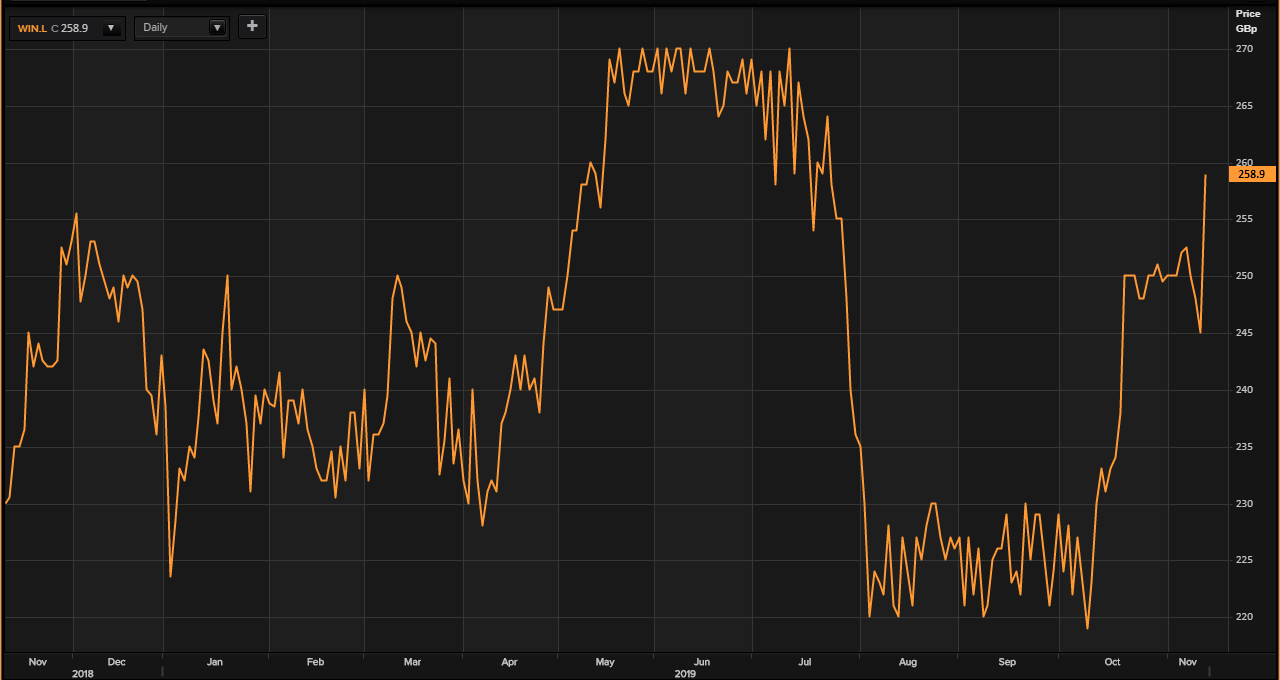 The beta of the Wincanton Plc’s stock has been reported to be at 0.54. This means that the company’s stock price movement is less volatile in its trend, as compared to the benchmark market index’s movement.

Carclo Plc (CAR) is an Ossett, the United Kingdom based chemical technology company that is involved in the business of the provision of fine tolerance, injection moulded plastic parts, majorly for clinical and other healthcare medicinal products. The company has three major business divisions, namely the Carlo Technical Plastics division, which is the company’s specialised plastics business that makes fine resilience shaped plastic segments which are utilized in medicinal and gadgets items.  This business works universally in a quickly developing and dynamic market supported by innovative improvement. Specialized plastics exceeds expectations in the plan, obtainment and activity of driving edge robotization and vision investigation frameworks. The company also has a LED Technology which it operates through two major brands called WIPAC and Carlo Optics.

WIPAC business structures and fabricates outside lights for top of the run extravagant supercars. These are, for the most part, dependent on high-control LED innovation in which Carclo is a world frontrunner in the stock of optics. The organisation works from a 'world class' plan and assembling office situated in the UK with every key procedure coordinated, which can convey testing structures in LED innovation. The Carlo Optics brand flaunts unparalleled mastery in LED optical structure, improvement and production. The company’s in-house committed group gives imaginative master structure arrangements, while its devoted worldwide assembling destinations guarantee that it has a nearby closeness on a worldwide scale. The third major business division of the company is the Aerospace business that is basically operated out of two brands, namely Bruntons Aero Products and Jacottet, which basically manufacture expert parts for the aerospace products. These incorporate control links, master machined parts, aerofoil blading, streamline wires and tie poles. All of these company’s products are used across various industries such as the likes of Medical and Healthcare, Electronics and Consumer Goods, Optics, Luxury and Super Car markets as well as control cables for aerospace.

On 1st November 2019, the company announced its final results for the year ended 31st March 2019. The company reported that the previous year was a very difficult period for the organisation, with a major decline in the profits of the LED Technologies segment which could not be compensated for by better performances in Technical Plastics division as well as Aerospace division. The company reported that the revenue declined by 1.0 per cent to £144.9 million during the period as compared to the revenues reported in 2018 at £146.2 million. The company also highlighted that the Proforma unaudited adjusted profit before tax declined by £2.7 million to £6.4 million during the reporting period.

On 1st August 2019, at 07:30 A.M GMT, Carclo Plc’s stock, was suspended from trading. This came after company made a press release on 30th July 2019 to announce a delay in publishing its 2019 Financial results for the year ended 31st March 2019. Post the announcement, the company requested the suspension of its stock from trading on the London Stock Exchange. The company’s last reported trading price on 1st August 2019 was GBX 10.70 per share. The company has since posted its final results on 1st November 2019 as well as published its Annual report on 13th November 2019 and hence its stock is expected to be back for trading soon.