NZ’s tech sector is among the top 3 exporters in the country. The NZ government is putting $1 million in its marketing arm, NZTech Story, to boost the country’s technology across the world.

The government funding would help to pay for brochures, videos and the website that will highlight achievements of companies like Xero, Fisher & Paykel, as per David Downs, the CEO of NZ Story.

NZ has also declared the easing of border curbs for Information and Communication Technology workers to attract the best talent to the country.

Amid this background, let’s take a look at the performance of 3 NZX growth tech stocks. 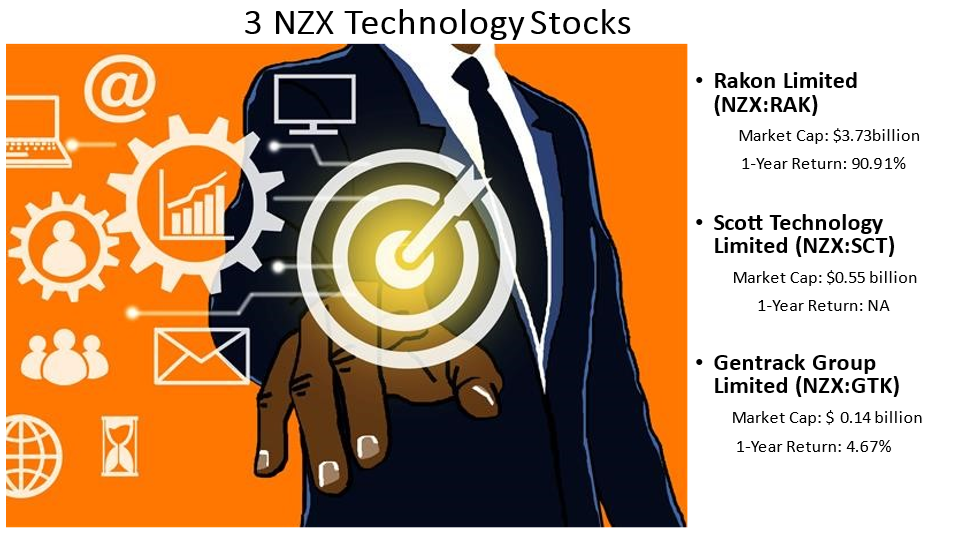 Frequency control products manufacturer Rakon delivered a 132% rise in EBITDA and a 43% rise in revenue in H1 FY22. The Group announced that Lorraine Witten would succeed RAK’s current Chair and Director Bruce Irvine from 1 April 2022.

ALSO READ: How are top 5 ETFs performing on the NZX?

Rakon had forecasted underlying EBITDA to be between $27 million and $32 million for FY22. The Group confirmed in its annual results that Rakon was tracking towards the top end of the guidance.

Gentrack, an NZ-based software solutions provider to utilities and airports, showed progress in FY21, delivering a 5% rise in EBITDA on pcp to $12.7 million and an 8.8% increase in revenue from utilities in the period. The Group’s airport business, Veovo, also stayed profitable despite the industry facing substantial challenges.

DO READ: Will NZ economy be insulated from impact of Ukraine war?

GTK expects FY22 revenue to be near $115 million, up from $115.7 million in FY21. The Group continues to make new investments in R&D and new engagements, which will drive FY22 growth.

Scott Technology, a smart automation and robotic solutions provider, delivered a strong FY21 with a 16% rise in revenue and a record EBIDTA of $22.1 million in the period. Scott paid a final dividend of 4cps and finished the year with a healthy balance sheet having net debt of $1.3 million.

SCT continues to get good engagement from its customers, leading to a strong order pipeline, which bodes well for next year.

NZ’s tech sector is set for substantial growth due to the growing demand for technologies and so many great companies are propping up from the country.