Which are 3 best NZX stocks under NZ$5?

A penny stock is a stock of a small company that trades at a low price. They are mostly illiquid and have a low market capitalisation.

These stocks are highly risky but some of them have the possibility of turning a small investment into a treasure. They are susceptible to price manipulations, abrupt delisting and regulatory examination.

Let’s have a look at the 3 best NZX stocks trading under $5. 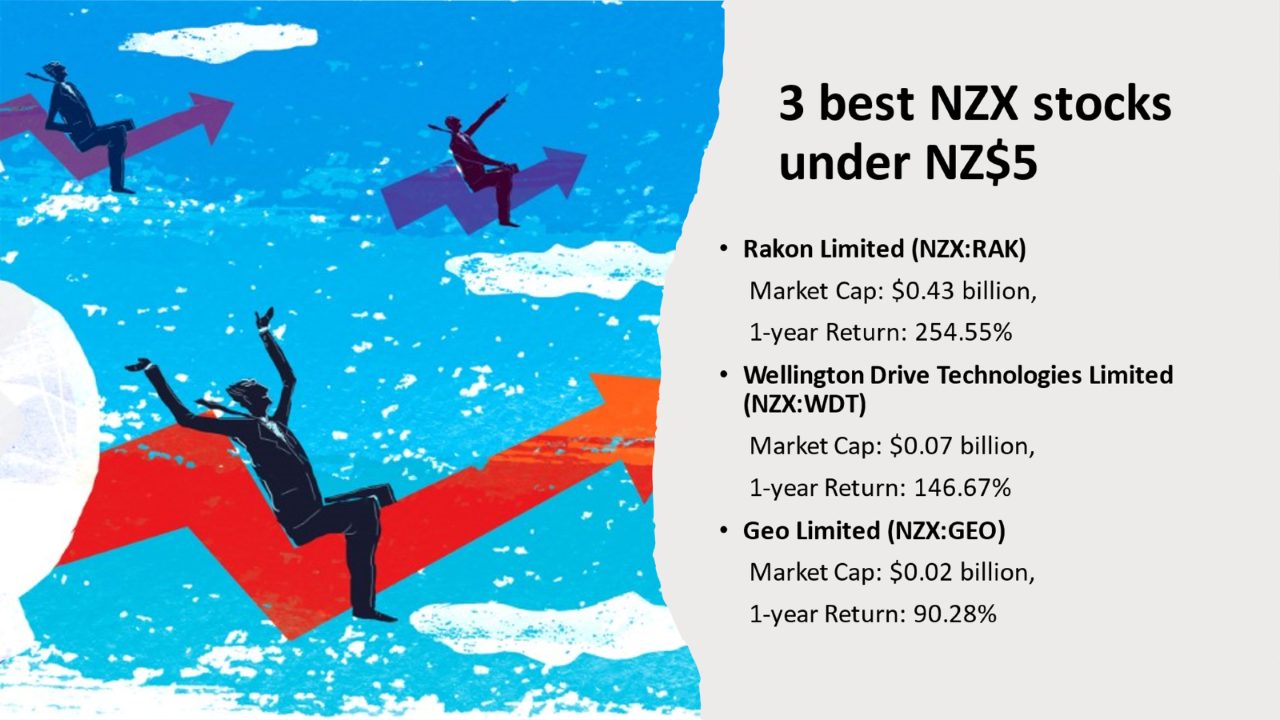 A leader in frequency control and timing solutions, Rakon announced that the Group’s COO Dr Sinan Altug would replace Brent Robinson as its CEO from 1 April next year.

Brent will stay as Rakon’s Chief Technological Officer and on its board as an Executive Director. The Company has also given its consent to a new long-term incentive plan under which, it will issue share rights to selected key employees of the Company.

Internet of Things (IoT) solutions and cloud-based fleet management provider Wellington Drive notified that it expected its revenue to be nearly US$47 million and EBITDA before unusual one-off items to be nearly $3.9 million for FY21.

Revenue is also likely to continue growing strongly in FY22 with the company estimating the growth of nearly 25% to nearly US$60 million. The resulting additional profit will be invested back to expand engineering and sales staff and infrastructure.

Geo raised $7 million in total after completing both of its previously announced private placements.

The Group further indicated that any application funds for the oversubscribed placement that were not spent would be repaid in accordance with terms of the offer. The placements have been commenced to facilitate GEO’s wider shareholder base to participate in its growth.

Penny stocks catch investors’ attention as they are low priced and may prove to be beneficial.