New Zealand houses a well-established and advanced communications network, connecting every nook and corner of the country.

In 2020, the total investment in the telecom sector stood at nearly NZ$1.6 billion.

Also, it has been noticed that the pandemic has steered the growth in fixed broadband usage among the Kiwis, which climbed to 37% in 2020 as compared to 15% in 2019.

That said, let us get acquainted with the three popular NZX-listed communications stocks this year. 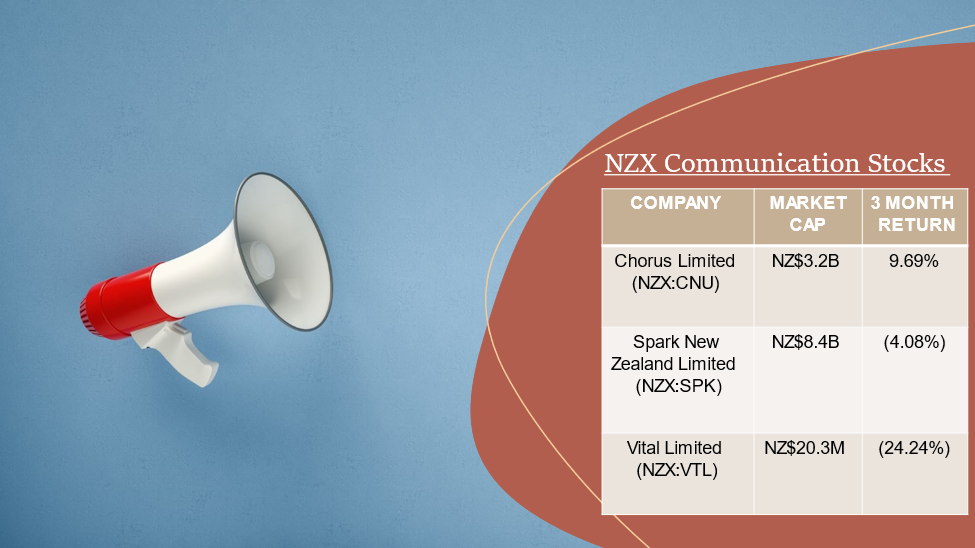 First on the list is Chorus Limited, which aims to cover 90% of the NZ population by its fibre network towards the end of this year. It has announced declaring its half-year results ended 31 December 2021, on 21 February.

A briefing and webcast for the same will also be held.

Next comes Spark New Zealand Limited, which has signed an agreement with Electra Group to buy back the remaining 50% shares in Connect 8, thereby taking full ownership of the latter.

Also Read: Which are top 5 NZX dividend stocks to explore in 2022?

The transaction, which is likely to be completed early this year, would support SPK's rollout of the 5G network.

It is noted that Connect 8 is an infrastructure provider to the telecommunications and other utility sectors.

Last, we would talk about Vital Limited, which had held a virtual ASM, wherein resolutions were passed by its shareholders of the re-election of two of its directors.

Another resolution was carried out to empower its directors to fix the VTL’s auditors’ remuneration.

Must Read: Would these 5 NZX penny stocks take the market by storm in 2022?

Communication companies are crucial for the growth of an economy as they not only satiate the basic need to connect and communicate but also is crucial for the nation’s safety and security.