The outbreak of COVID-19 has impacted several sectors and the companies. This deadly virus has derailed the growth prospects of several companies as there were lockdowns which were imposed. However, it could be said that some companies are now expected to perform well. This company has reported decent results for H1 FY 2021. Also, the stock price of this company has increased by 10.3% in the time span of 1 year. As an essential service, this company has well established pandemic protocols as well as it is prepared for any challenging conditions.

Vector Limited (NZX: VCT) happens to be an innovative NZ’s energy company that runs the portfolio of businesses delivering energy as well as communication services to over 1 million homes as well as commercial customers throughout Australasia and the Pacific.

The company has posted a decent performance in H1FY21 with adjusted EBITDA growth of 3.5% YoY. Further, the group posted a solid 26.8% YoY growth in its net profit after tax. Meanwhile, the company has declared an interim dividend of 8.25 cents per share that remained flat as compared to the corresponding period in the prior year. The company stated that, despite the uncertainties because of COVID-19, the company has managed to deliver the decent start to the 2021 financial year.

In the month of February 2020, the company made an announcement about the change to the policy of fully imputing dividends to partially imputing at 10.5%. The company stated that first half of the financial year reflected satisfying results, particularly as this was the company’s first half year under the new Commerce Commission DPP3 regulatory settings that adversely impacted the revenue.

The company is working with the partners in order to deliver the advanced energy solutions, like the development of the next-generation advanced meter platform in order to reduce the processing time for meter data as well as analytical solutions for the retailer customers. It needs to be noted that these projects are being delivered as part of the company’s strategic alliance with AWS (or Amazon Web Services) which was announced in the month of July 2020. 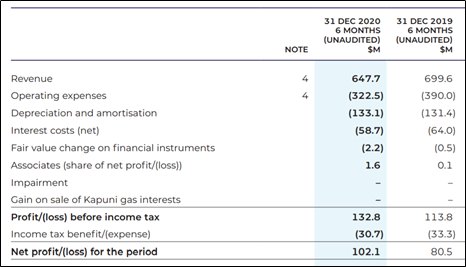 Despite a highly competitive market, VCT’s metering business maintained its decent show. The company stated that advanced meter numbers rose 8.7% on March 2020, with the total fleet of 1,822,510. The company has installed over 360,000 advanced meters in Australia. 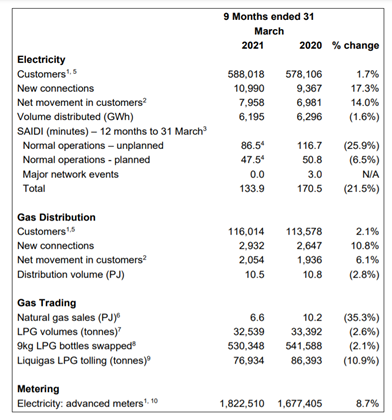 The company has stated that the symphony happens to be its strategy for the new energy future. It was mentioned that the current energy system on which the customers rely cannot flex to the demands as well as challenges. Climate change as well as the need to decarbonise, the electrification of transport, consumers expecting choice as well as control over their energy production, etc. are demands need to be actively addressed.

At the core, the symphony strategy revolves around creating the system for the customers which fits the future, delivering safe, cleaner, more reliable as well as affordable energy solutions which are developed with the customers at the centre, as well as which supports to navigate the future uncertainty. The company stated that symphony is how the company intends to transform the traditional poles as well as wires of the electricity networks serving the Auckland region into the intelligent energy system where the customers possess more choice as well as control.

In the release dated 26th January 2021, the company gave information about the performance for the six months ended 31st December 2020.

The six months ended 31st December 2020 witnessed continuation in Auckland’s growth continue, which in turn supported robust network connection numbers throughout the company’s electricity as well as gas networks. In the year ended 31st December 2020, the company stated that total electricity connection numbers witnessed a growth of 1.8% as compared to the year earlier. Notably, electricity distributed volume for the time span of 6 months was down 1.6% as compared to the prior December half-year, supported by reduced activity from the industrial as well as commercial sectors because of coronavirus pandemic.

The company stated that its metering business performed well amidst an increasingly competitive market. The connection numbers rose 8.6% on December 2019, with the total fleet of 1,783,857. The company has managed to install over 330,000 advanced meters in Australia.

In the release dated 23rd  February 2021, the company stated that, considering the half year result, it is anticipating that FY 2021 adjusted EBITDA would be in the range of $500 million-$520 million, up from the prior guidance of $480 Mn-$500 Mn, provided there is no further impact of the coronavirus pandemic on the economic activity, like extended or the frequent lockdowns.